Politics are too much 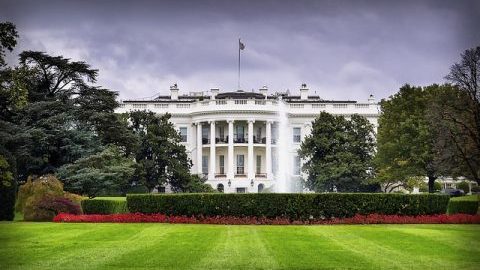 As a child, I would go with my mom to the local headquarters of John Kerry’s presidential campaign in my small town. I even remember a Kerry pin fastened to my poncho at the age of seven. In 2008 and 2012, I spent time at Barack Obama’s local campaign headquarters. I made phone calls, knocked on doors and talked with the volunteers. AP American government and politics was one of my favorite classes in high school. In 2016, I campaigned for Bernie Sanders and then supported Hillary Clinton when she won the Democratic nomination.

You could say that politics have always been a part of my life and I have always dreamed of being president or being in a president’s cabinet. Voting for the first time moved me to tears and I was in tears again when I cast my ballot for Hillary Clinton. Every morning, I read the New York Times, skimming over the political headlines. I watch how votes will shake out and I make sure to watch every debate I can.

But after this election season, politics are not as appealing, exciting or energizing as they once were for me. This is not to say that I do not support activist movements that have sprung up, nor does it mean that I feel negatively about those causes. I am so happy to see people using their right to free speech to express their viewpoints and I myself will continue to do just that.

But, politics have become too much for me. Much like an article I wrote a few months ago, some of it is media overload: the constant coverage, the picking apart of every single word and the constant barrage of comments.

Along with the media, I have become increasingly frustrated with partisan politics. Both sides do it, but with events such as the obstruction of the confirmation of Supreme Court nominee Merrick Garland and the confirmation of Education Secretary Betsy DeVos, my frustration has reached its peak. You can say that I am a sore loser, but it’s the truth. Senators siding with their party just for the sake of party politics is not what this country needs right now. This country is going to go one way or another, and these politicians have the power to change its course.

The change that people in this country want is not reflected by its politicians. I made many attempts to contact my senator to address my concerns about some Cabinet nominations, but I was met with full mailboxes and an email page that would not work. I was left watching Garland go back to his seat on the bench. I see reports on ethics violations, and arbitrary rules being used on the Senate floor to silence some of its members. I have seen filibusters fail, while others succeed. I have watched as the government tried to take healthcare from millions of people.

Constantly worrying about the next bill or the next hearing has become enough for me. I don’t even enjoy discussing politics with my peers anymore. Talking about politics makes me anxious. As the host of a podcast, that is a little concerning for me. Politics has always been my thing. And someday, I hope it will be again. Someday, I hope this frustration leads me to run for office. I really hope it does.

For anyone else feeling the same way, make sure to take care of yourself. Take time away from politics. Go for a walk. Talk to your friends about your interests. Stay away from Facebook and Twitter. Give yourself that time. The whole world should not be on your shoulders all the time. Politics are important, but they should not consume your whole life. I do not want politics to be my whole life and I don’t want it negatively affecting my life.

For right now, with the way that things are going, and with a Congress that fails to do anything about it, regardless of party lines, politics are not my thing anymore.