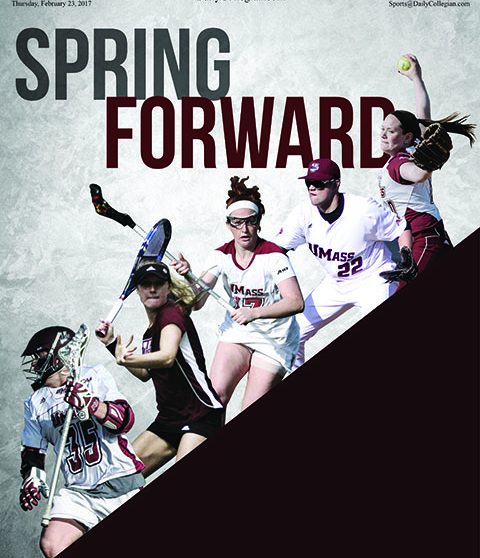 Murphy, a two-time Atlantic 10 Midfielder of the Year, looks to improve upon her illustrious career with the Minutewomen during her final season in Amherst.

The Minutewomen defensive unit takes on new leadership behind the duo of Taylor Fischer and Allison Ryan.

The Hart of the Lineup – Philip Sanzo

Behind Mike Hart’s stats are years of being the ‘hardest working guy in the room.’

New England’s climate is perfect for skiing, sightseeing and pond hockey. Baseball? Not so much.

Although the season hasn’t started yet for the Minutemen, injuries to their pitching rotation will be an early season obstacle they must work around.

Senior defenseman has traveled a long road back from injury, and is now ready to lead the Minutemen defense in his final season.

With two games under their belt, the Minutemen look to continue to get better with each week of practice and competition.

There is no shortage of young talent for the Minutewomen this season as Stefanoni recruited seven new players who are expected to make an immediate impact.

With more than 50 games to get through, the Minutewomen have focused a lot of attention on conditioning for the long campaign in front of them.

From Florida to California, the Minutewomen look to stay healthy and prepare for the regular season.

Dixon, whose 25th season with the Minutewomen will be her last, doesn’t want an extensive farewell tour. Instead, she is focused on winning.