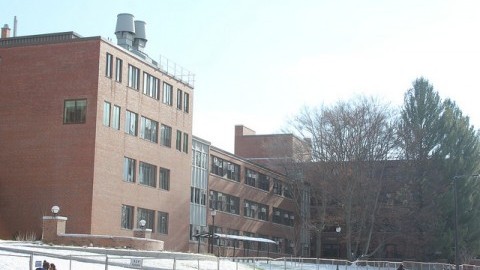 University of Massachusetts professor Robert DeConto of the geosciences department has been nationally recognized for his co-authored paper titled “Contribution of Antarctica to past and future sea-level rise.”

DeConto co-authored the paper in March 2016 with David Pollard, a Penn State climate scientist. The paper was called the most featured climate paper in media for 2016 by Carbonbrief.org, according to a press release from the UMass Amherst Office of News and Media Relations.

DeConto worked for the National Center for Atmospheric Research before becoming a professor in the department of geosciences at UMass in 1999.

The paper has received a lot of attention, having been featured in 386 news stories and covered by outlets such as Huffington Post, The New York Times, The New Yorker and The Guardian, according to the release.

“I did a handful of TV interviews and a lot of radio and NPR … and it’s because [the article] is suggesting that if we keep emitting greenhouse gases, in a sort of business-as-usual sort of way, then there’s the potential for way more sea-level rise than we used to think,” DeConto said. “The implications are really relevant for a lot of coastal cities.”

DeConto voiced his opinions on the new presidential administration and its view on climate change.

“Having a president who has said in public that he believes climate change is a hoax started by the Chinese, where do you even start,” DeConto said.

“We’re approaching some temperature thresholds that we think could start to cause some dangerous things to happen, like irreversible sea-level rise … not having sea ice in the summer over the arctic … it’ll start absorbing a lot more energy from the sun. It’s just one positive feedback that will accelerate climate change.”