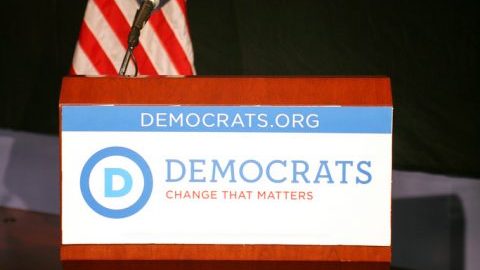 Many liberals are still recovering from the shellacking that Democrats received in the November elections, resulting in a fierce debate over what went wrong, who should run the Democratic National Committee and how to fix the Democratic Party. Regardless of where you stand on these debates, all liberals should realize that there a few key things holding them back from winning elections. First, “it’s the economy, stupid,” a slogan James Carville and the Clinton campaign hit on the head in 1992 and helped lead Clinton’s campaign to two landslide electoral victories. While many liberals enjoy living in a bubble where the biggest problems facing the country are things like global warming and college debt, it simply isn’t the case for the swing state voters that decide presidential and legislative elections.

Think about the states that carried Trump to victory (aside from the votes Hillary lost by people just not showing up to polls). They are stereotypical “Middle America”, white, working-class families. According to FiveThirtyEight, Trump excelled the most in areas where economic anxiety is high. As notable as the causes like global warming and college debt are, these people have to first worry about putting food on the table and holding on to their way of life. The Democratic Party needs to recognize this. The second point is marketing. Despite being an avid Bernie Sanders supporter, one thing I always hated about him was how he presented many of his ideas. He consistently brought up a policy proposal, talked about another country or group of countries that have this policy and how well it works for them, and then said it was time for America to be like that country or group of countries.

Liberals need to drastically improve their marketing strategy, and it’s not very hard. Americans enjoy hearing about how America is better than the rest. So, instead of telling voters we want to be more like Denmark, explain how these policies will make us even stronger and better than every other country. The third point is Global Warming. To be honest, I’m taking this idea from the late, great comedian George Carlin, so I’ll just quote him: “the environmentalist doesn’t care about the planet, not in the abstract they don’t. You know what they’re interested in? A clean place to live. Their own habitat…The planet isn’t going anywhere. We are …The planet will shake us off like a bad case of fleas, a surface nuisance.”

While this is a very crude assessment of global warming, it provides a good roadmap of how to shape the fight against global warming. Average people are sick of hearing about the liberal self-righteous crusade to save the planet. Tell it like it is: we need to fix this situation for our own good and our own survival, plain and simple. The fourth issue is political correctness. Here’s where all the liberals start to get mad at me. Let me preface this with saying there is nothing wrong with political correctness.

However, people get upset when liberals try to push their political correctness onto others. Liberals have an odd fetish of fighting intolerance by being intolerant of anyone who doesn’t think like them. Remember Hillary’s whole “basket of deplorables” comment during the election? That was the epitome of liberal self-righteousness, which is something many in the country can’t stand.

The political correctness problem that liberals generate for themselves manifests itself in a host of topics. For example, former President Barack Obama, representative of the Democratic Party, wouldn’t say the term “Radical Islamic Terrorism”.

While I completely understand that Islam is a religion of peace for the vast majority of those who practice, and that not all terrorism is based in any kind of Islamic teaching, you can’t just pretend that Radical Islamic Terrorism isn’t a thing. I personally could not care less what it’s called, but the fact that some Democrats won’t say it really ticks off some key swing voters. Why are liberals shooting themselves in the foot on this?

It’s a noble cause to do your best to avoid offending people and sending the wrong message about your beliefs. However, when you’re trying to win an election, it might be prudent to allow for offending a couple of people instead of angering thousands of swing voters. Try fixing problems after you win the election, not during.

It’s time for liberals to get out of the bubble and start thinking a little more like the rest of our country during election seasons. It’s our only path toward progress.