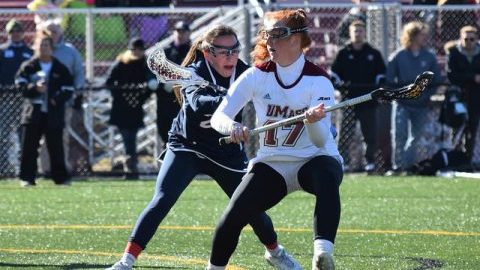 With the head coaching position for the Massachusetts men’s basketball team still up for grabs after Pat Kelsey backed out of the job last week, UMass Athletic Director Ryan Bamford had a second meeting with Celtics assistant coach Micah Shrewsberry yesterday.

Shrewsberry confirmed with Mark Murphy of the Boston Herald Sunday that he was scheduled to meet with UMass officials Monday morning and now awaits a decision. According to one of Murphy’s sources, the meeting “went well,” but the team did not extend an offer. This news, or lack thereof, comes despite being told Sunday that, “the job is his if he wants it.”

ESPN’s Jeff Goodman broke the initial report that Shrewsberry was scheduled to meet with UMass for a second time, after he was on Bamford’s initial short list of candidates.

Shrewsberry reunited with Stevens before the 2013-14 NBA season, where he has remained as an assistant.

According to Matt Vautour of the Daily Hampshire Gazette, Miami Hurricanes’ associate head coach Chris Caputo and Northeastern head coach Bill Coen are also being considered to varying degrees for the opening.

With Archie Miller heading to Indiana, Dayton now has a head coaching vacancy to fill in the Atlantic 10. After firing John Thompson III, Georgetown remains one of the better available openings remaining in college basketball.

Murphy (363 career draw controls) moved into ninth place overall with the victory against the Crimson. Next on her radar is Winthrop’s Hayley Krause (2013-16), who finished her career with 365.

The 5-foot-7 senior is also the active NCAA Division I leader in draw controls, edging out Southern California’s Michaela Michael with 334.

With A-10 conference play set to begin this Friday against Virginia Commonwealth, the UMass women’s lacrosse team starts its quest at its ninth-straight conference championship and the seventh under McMahon, who took over the program prior to the 2011 season.

McMahon’s records and statistics against conference foe’s speak for themselves, but arguably the most impressive of them all is that the Minutewomen haven’t lost to an A-10 opponent since April 23, 2010 — a span of six years, 11 months and five days.

During that stretch, including conference tournaments, UMass has won 65 consecutive games against teams in the A-10.McMahon is a perfect 63-0 in her career against A-10 opponents.

Baseball: After winning their three-game series against George Washington to open A-10 play last weekend in the nation’s capital, the Minutemen (6-9, 2-1 A-10) return home to Massachusetts for their first home game of the year Tuesday against Northeastern. UMass will be faced with a quick turnaround and will travel to Boston College for a Wednesday matchup with the Eagles before traveling to Kentucky for a series with Morehead State over the weekend.

Softball: The Minutewomen (8-14) have moved back their doubleheader against Boston University to Thursday after Tuesday’s games were postponed due to weather. Following the pair against the Terriers in Boston, UMass returns to Sortino Field for a three-game set with GW to open up A-10 play. The Minutewomen and Colonials will play two games on Saturday (noon and 2 p.m.) with the series finale scheduled for Sunday at noon.

Men’s lacrosse: Following its overtime loss against Brown last Saturday, UMass (3-5) opens up Colonial Athletic Association play this weekend with a home contest against Delaware. Last year, the Minutemen dropped all five games against CAA opponents. Faceoff from Garber Field against the Fightin’ Blue Hens is set for 1 p.m.

Women’s lacrosse: As mentioned above, UMass (5-3) opens up conference play this Friday against VCU at 3 p.m. The Minutewomen resume the typical Friday-Sunday schedule and will host Saint Joseph’s Sunday at 1 p.m.

Tennis: Following a week off, UMass (7-6, 2-0 A-10) ends its non-conference schedule with a pair of road matches in New York this weekend against St. John’s Friday at noon and Stony Brook this Saturday at 11 a.m.

Rowing: UMass returns to the waters of Hadley this weekend when it faces Connecticut on Friday, and will then travel to Camden, New Jersey for the 28.