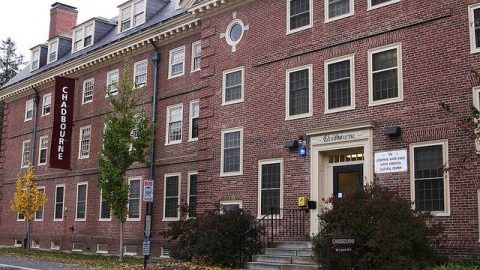 In Washington D.C. on March 10, four University of Massachusetts students gathered at 8 a.m. outside of the United States Government Accountability Office building, which houses the U.S. Army Corps of Engineers. The Army Corps of Engineers had granted the final easement for the construction of the Dakota Access Pipeline, which passes through the water supply of the Standing Rock Indian Reservation in South Dakota Feb. 7.

The students are members of the Native American Student Association (NASA) at UMass, which draws its regular membership from the 27 indigenous Americans enrolled as undergraduates.

The group is defined by its mission to provide support socially, academically and professionally for Native American students and their allies at the University, while promoting the awareness of historical and contemporary indigenous cultures and affairs to the broader university.

When the students first gathered outside the Accountability Office, where the Native Nations Rise March to express solidarity against the federal government’s treatment of indigenous people was scheduled to begin, there were only around 10 people at first.

“People were kind of trickling in at first,” Andreus Ridley, a senior and the group’s president, said. “Then it started picking up exponentially.”

Ridley estimated that soon 5,000 Native people had gathered outside of the building.

“Every window at the Government Accountability Office had people peeking out,” he said. “I didn’t notice anyone upstairs … making any kind of gestures of disapproval. They were kind of smiling and taking pictures.”

“I think they were genuinely curious,” added Elizabeth Stephens, the group’s vice president, who is also a senior. “Which I don’t think is necessarily a bad thing, if you keep going with that curiosity.”

From there, the march continued to the Trump hotel in Washington D.C., where a teepee was set up by demonstrators.

Demonstrators then moved to protest in front of the White House, where NASA treasurer Charlotte Mills claims the Secret Service yelled at her for taking a picture of the building.

“The thing was that night, someone actually managed to get onto the lawn of the White House and wander around for like 20 minutes before getting caught,” Mills said, referring to an incident unrelated to the march. “But we couldn’t take a photo in front of the White House.”

The march itself started to wind down at 1 p.m., when speaking engagements by Standing Rock Reservation Chairman David Archambault II and others began at Lafayette Park.

After the speaking engagements, the NASA members went to an encampment of seven teepees on the Washington Mall.

While they ran into old friends at the march, they also met many new people, like a Native administrator from the Smithsonian Institution and a Washington-based radio producer from the Yakama Tribe.

The day was beset by chaotic weather, as Ridley said there was frequently rain and sleet to accompany the four miles walked throughout the march. He said he did not detect unhappiness from people marching because of the weather, but rather an increased sense of resolve.

“It was also really neat to be out there in the rain and the snow,” Stephens said. “Because even though it was uncomfortable I think Jasmine [Goodspeed, another NASA member] made a really good point about how spiritually it was really intense and awesome.”

Mills said that the event felt like “5,000 friends got together,” and Ridley stressed on the significance of seeing so many different Native nations and people in one location.

Friends who haven’t met yet

NASA holds meetings in the Josephine White Eagle Cultural Center in the basement of Chadbourne Hall, which is open from 6-11 p.m. from Monday through Thursday of each week. Meetings are normally held on Tuesdays and Thursdays.

The meetings this semester have ranged from hosted events, like showings of the Viceland “Rise” documentary on opposition to the Dakota Access Pipeline and a discussion with Nipmuc author Larry Spotted Crow Mann about being a water protector, to more administrative sessions for organizing events.

Currently, NASA is planning for the 36th annual UMass Amherst Powwow, which will be held in the Curry Hicks Cage April 15. According to a previous year’s event page, “The UMass Annual Powwow is a celebration of Native American cultures through dancing, drumming, and traditional Native artisans. The UMass Annual Powwow brings people together to reflect on the importance of family, friends, community and community partners.”

The powwow is popular event, with hundreds of Native Americans coming from all over Massachusetts to attend it each year. The event is completely free.

NASA will host this year’s powwow for the first time in many years, as in the past the Center for Multicultural Advancement for Student Success (CMASS) and the Josephine White Eagle Cultural Center (JWECC) have hosted it due to financial restraints.

Angelina LaRotonda, a freshman in NASA, has attended the powwow her entire life, although she lives more than two hours from the University. This year, she will be the head woman dancer.

“I always loved [that] it was the start to the season,” LaRotonda said. “It was a really good way to reconnect with people I met.”

The event will feature drumming from Storm Boyz, Iron River and Eastern Suns and dancing and storytelling from Larry Spotted Crow Mann.

“It’s like a bunch of friends hanging out,” Mills said. “Even though we haven’t met yet.”

The day before the powwow will also feature a native and indigenous studies symposium, where students can present research at an event attended by Native academics and the leaders of tribal governments throughout the state. Ridley said the Commissioner for Indian Affairs in Massachusetts often attends.

Mills said her experience presenting research led to an opportunity for her to explore her family’s history.

“Even though I was a young, scared little freshman, a couple introduced themselves to me,” she said. “Over the past few years we’ve developed this relationship where I’ve been tracing my genealogical background trying to find my ancestors as they’re record in history.”

April 14 will also see a Native Entrepreneurship and Business workshop hosted by NASA.

“We’re looking to bring 20 to 25 Native business owners in Massachusetts for it,” Ridley said.

One-tenth of One Percent

With only around nine regular members, NASA’s small size has created a particularly close group with significant networks of communication among Native Americans in the Northeast region.

“Just because we are all so involved, we know a lot of people on and off campus,” Mills said. “If one of our members is trying to figure out academics, we can offer people to go to.”

Ella Alkiewicz, a UMass alumna who graduated in 2012, is currently volunteering to help NASA in the spring semester while a graduate student at Lesley University.

“I graduated in three years and I had people to lean on, to ask for help,” Alkiewicz said.

Current NASA members said members of the small group can rely on all the members, and that the size of the group has had a positive impact on their communication.

“Because we have become such a close community we all stay connected,” Mills said.

Only 27 Native American undergraduate students attend UMass Amherst, or one-tenth of one percent of the total undergraduate enrollment. That number has been declining steadily for years now.

“When I came here in [2009], there was a whole office in Bartlett Hall, and we just flocked there after class,” Alkiewicz said. “It was like this, but it was open during the day. It was community, and then by 2010 or [2011] they closed it down. They had this here, but this had limited hours to the night. Being a commuting student I couldn’t come here, so we lost a big chunk when they closed that down.”LaRotonda said Joyce Vincent, a CMASS staff member who has worked at the JWECC and Native American Student Services, told her about NASA and the JWECC her junior year of high school.

“That was definitely a huge role in me coming here,” LaRotonda said.

Although NASA members are not paid, Ridley said many of the events organized by the group and even the group’s existence itself serve as advertisements for UMass.

Ridley referred to the now defunct Native American Student Support Services program at UMass, where people would be paid to go to different events to recruit Native American students. Ridley, looking to the future, said he was interested in starting a chapter of the American Indian Science and Engineering Society, a national organization, “that promotes flow of Native youth into science, technology, engineering and medicine,” at UMass.