North Korea in the tense spotlight 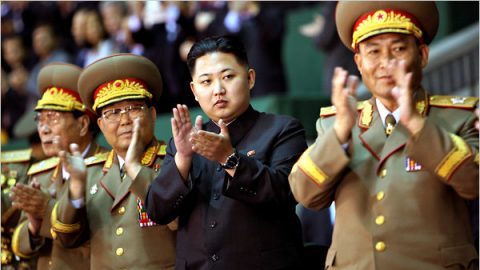 International relations scholar Robert Jervis recently told the Atlantic, “The basic thing about the security dilemma [is that] when it comes to their security, even normal states are a little paranoid.” In other words, any action that could be perceived as hostile inevitably adds to the clout of suspicion between nations, a common theme that defined the Cold War of the 20th century.

That theme comes back every few years with a new proclamation or action by the government of the Democratic People’s Republic of North Korea. Recently, the nation developed what is believed to be a “high-thrust engine,” which could help propel an intercontinental ballistic missile, a type of nuclear weapon that can leave the atmosphere and drop thousands of miles away. The threat of North Korea being able to strike the United States (a politically and technically improbable feat) and its military bases is sometimes talked about like a casus belli for war in East Asia.

Now, those fears are being realized. Secretary of State Rex Tillerson made an alarming statement on Friday that the development of weapons in North Korea was beyond acceptable, indicating that military action was “on the table.” China urged the U.S to remain “coolheaded” and Tillerson agreed the two parties should work to prevent a conflict, but the tension is nevertheless visible. Days later in Japan, Korea’s neighbor, student’s began preparing for the worst with missile drills.

The international community should be wary about Tillerson’s words becoming a self-fulfilling prophecy: if North Korea calls on his bluff, we could be looking at a renewed Korean war at perhaps the worst hour imaginable. With the impeachment and removal of South Korean President Park Geun-Hye and a show of naval muscle-flexing between Japan and China, the region does not seem prepared to cooperate in the event of an eruption in the north. This would be even truer if the United States’ rhetoric is seen as a major factor in North Korea’s militarization as resentment of the current U.S. administration could be a major obstruction to peace.

China’s role, too, is uncertain in such a plight. Common wisdom says that even though North Korea is its ally, the country has little incentive to pit themselves against the U.S. and its allies. But that is not the full story. The United States having an active military force in North Korea will put a great deal of stress on relations with China, who may perceive it as too close for comfort. This does not necessarily indicate a threat of Chinese-American war — such a conflict would contradict the economic interests of both countries — but the micro-aggressions in the South China Sea are already stirring up dangerous waters.

The Trump administration has yet to define its foreign policy, but it’s easy to see how the president’s temperament is a factor in international uncertainty. While the State Department is attempting to gain its footing, Trump is producing seemingly contradictory or extreme views on social media that get widespread attention from world leaders. Interestingly enough, this is quite similar to the way in which North Korea operates. The senior adviser on North and South Korea to President George W. Bush, Victor Cha, wrote about his interactions with Kim Jong-il’s administration: “Negotiating with North Korea is all about contradictions. What can be important one day can become unimportant the next. A position they hold stubbornly for weeks and months can suddenly disappear.”

It is possible that President Trump’s unhinged form of communication might be familiar language for North Korea. This begs the question: could Kim Jong-un call for war over a tweet? Brushing off this fear implies that Kim Jong-un has a better temperament than our own president, who we know is influenced heavily by social and biased media. We should not assume menial things do not count in this suffocating political environment, especially with the undue attention media gives toward our president’s social media accounts.

While North Korea is known for committing atrocities to its own people, we have always relied on the country to remain complacent with the world order. This is important since the local threat to our allies in South Korea and Japan cannot be understated: North Korea may not have the upper hand against many allies, but they do have the fourth largest army in the world and any return to war will result in incredible losses on both sides.

Those who yearn for peace have few things to look forward to. The end of the North Korean government is probably the only way to free Korea with respect to the liberal world order. The armistice must end eventually. Some kind of peaceful dissolution would be ideal but impossible to predict — and in any case, is waiting for collapse worth the many years of deep oppression? If war breaks out, how long will it go on for?

We’ve been here before. These dangerous moments resurface in North Korea sporadically, each threat becoming more disconcerting than the last, but usually disappear into obscurity as the news stalls. The same could happen now: if nothing happens before South Korea regains stability and China takes a more hardline stance against the militaristic state, the moment is gone. If it does, what about the next time? How much can the international community take before it crosses a line? Will it be on purpose, or an accident? We can only watch and find out.