Not much is new in ‘Beauty and the Beast,’ though it might not be a bad thing 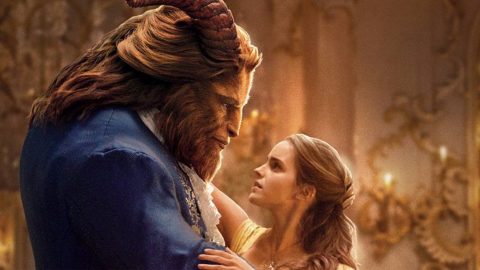 Disney has entered into a new era of filmmaking. The first one occurred in the late 1930s through the 1940s with films such as “Snow White and the Seven Dwarfs,” “Cinderella” and “Sleeping Beauty.” The second era, known as the “Disney Renaissance,” occurred in the late 1980s and lasted through the 1990s and featured heroines with more relatable goals like Ariel, Pocahontas and Mulan.

Today, live in the “New Renaissance” of Disney, which simply consists of remaking all the Disney films from the last two eras in order to show these stories to a new generation and to make more money.

“Beauty and the Beast” is the latest project to fall into this “New Renaissance.” The remake of the 1991 best picture nominee follows the story of a young French girl, Belle (Emma Watson), who seeks something more than the life of a farm girl. As the song goes, “there must be more than this provincial life.”

In the opening act of the film, she reads every book she can find and even teaches young girls how to read. It is her ability to read and her educated mind that separates her from her peers – which in turn alienates her from the rest of the town. It isn’t until she takes her father’s place as the prisoner of a half-bull, half-bear monster in a castle with talking furniture that the true story begins.

Director Bill Condon brings the animated film to life well. He casts familiar actors in roles that demand star power and who are also comfortable with singing. Actors Josh Gad (LeFou) and six-time Tony Award winner Audra McDonald (Madame Garderobe) both originate from the Broadway stage, and as such, they are perfect here in their respective roles.

Emma Watson plays the role of Belle and shines in it.  Even though it is hard to separate this role from Hermione Granger, Watson does carry. It is obvious, as a feminist and a child of the 1990s, how much this story means to her.

Unfortunately, Condon doesn’t really bring anything new to the table. There are some minor changes, such as how Belle is an inventor instead of her father, as well as a rather meaningless subplot about the Beast and Belle’s mother, but none of those changes enhance the story.

It appears that Condon did not want to reimagine a film that was nearly perfect when it originally came out and didn’t want to besmirch its legacy (like “Alice Through the Looking Glass” or “Pan”). Instead Condon just gave us a live-action carbon copy version of the original animated film. What we see in the original animated film is basically what we see in this version as well, which poses the question: was it worth being remade?

The true beauty of this version clearly lies in the production and the CGI animation. From the moment the first trailer was released you knew that this film was going to be visually beautiful, which it was.

From the exterior of the Beast’s castle to the interior of the pub in the town, everything is authentic and is beautifully brought to life. As I watched it, I felt like I was actually in the castle with Belle or in the town with Gaston, which is the goal of remaking an animated movie into live-action. Condon pulls scenes from the original movie and brings them to life. It’s a truly magical sensation, like a fairy tale brought to life before my very eyes.

The best example of the production design is during the ball with Belle and the Beast. It was so beautiful that it caused me to tear up with nostalgia. The attention to detail and the motifs of the rose and gold were amazing. The CGI animation was spell-binding, particularly the servants. It is clear that Disney continues to make advancements in special effects since the release of “The Jungle Book” last year.

With or without any changes to the original 1991 animated film, this story still works. There’s a reason why this film made over $170 million domestically in its opening weekend, defeating box office records. The reason for this achievement is that we simply love this story.

Sure, maybe it didn’t need to be remade but it was and it is exactly what we expected it to be. It’s visually stunning and provides young girls that strong, smart, and confident female character that they all want in this third wave of feminism. But in the end it’s all the same. If I may quote the title song, it’s a “tale as old as time.”

Lauren LaMagna can be found at [email protected] and found on Twitter at @laurenlamagno.