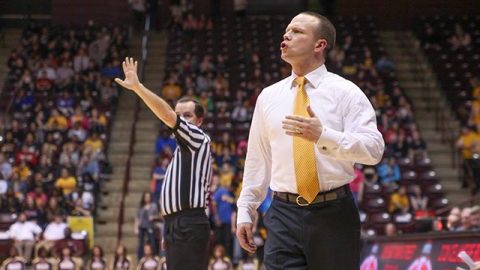 The Massachusetts men’s basketball team was supposed to announce Pat Kelsey as its next head coach on Thursday.

It was then reported by ESPN’s Jeff Goodman that Kelsey no longer wanted the job with the Minutemen. A source close to Goodman told him that Kelsey “just didn’t feel like it was the right place for him.”

Kelsey had been on campus the past couple days meeting the players, other UMass coaches and partaking in photo shoots with the program.

Sports Illustrated’s Pete Thamel has reported that Kelsey will return to Winthrop.