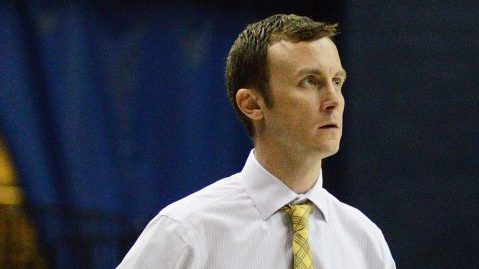 The Massachusetts men’s basketball team has found its man — again.

“It is my pleasure to welcome Matt McCall and his family to the University of Massachusetts,” Bamford said in a press release. “Matt is a rising star in college basketball coaching who has been a key piece of three successful programs in his career. He has earned a reputation as a relentless worker, a great teammate and colleague and a confident leader of young men. Matt has worked with some of the most respected coaches and administrators in the country, who loudly sing his praises.

ESPN’s Jeff Goodman had the initial report that McCall had signed a five-year contract.

Per Goodman, the two sides met Tuesday and according to multiple reports, including Matt Vautour of the Daily Hampshire Gazette, McCall was on campus Wednesday meeting with Bamford.

“My family and I always said it would take something extremely special to move us away from Chattanooga and that’s what we have here at UMass,” McCall said. “The tradition and resources that are in place not only make this one of the best basketball jobs in the Atlantic 10 Conference, but one of the best jobs in the country. We couldn’t be more excited about becoming part of the UMass family and look forward to building upon the rich tradition that has been established here in the past.”

McCall will be introduced at a press conference Thursday evening at 5 p.m. at the John Francis Kennedy Champions Center.

McCall has spent the last two seasons as the Mocs head coach where he led them to a Southern Conference championship and an NCAA tournament appearance in the 2015-16 season. In his two years at the helm of Chattanooga, McCall accumulated a 48-18 record (.727 winning percentage) and a 25-11 mark in SoCon play.

Prior to his stint with the Mocs, McCall was an assistant at Florida under current-Oklahoma City Thunder head coach Billy Donovan. With the Gators, McCall reached the Elite Eight four of the five years and made a Final Four appearance in 2014. McCall attended Florida as a student and was a manager before getting promoted to Director of Basketball Operations, where he held the position for two seasons from 2006-08.

McCall got his first coaching gig as an assistant with Florida Atlantic, spending three seasons with the Owls.

Vautour initially reported Tuesday that McCall had emerged as a top candidate for the position.

The news of the hiring comes less than one week after former Minutemen coach Pat Kelsey backed out of the job roughly 30 minutes before his introductory press conference last Thursday.

Bamford initially reached an agreement with Kelsey March 21, however a “change of heart” prevented him from taking the job after he arrived on campus.