The atrophy of activism: a message for student protesters 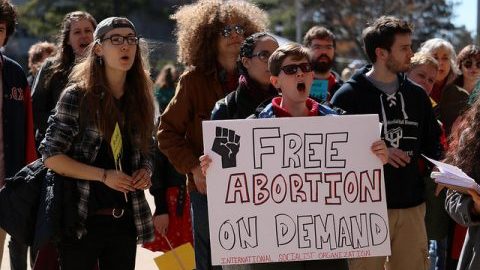 In the 1960s and 70s, student activism had a coherent and justifiable goal. Students at the University of Massachusetts Amherst and across the country marched for Civil Rights causes, protested the Vietnam War and fought for the rights of all.

Nowadays? You don’t protest the potential war crimes or torture by the United States military, which continued to occur throughout the Obama presidency in Afghanistan and at Guantanamo Bay. You don’t protest the collapse of our nation’s labor force, or the slowed economic growth that keeps millions throughout our country unemployed and struggling to get by. In terms of Civil Rights, you don’t protest the 74 countries where homosexuality is illegal, many of which the U.S. has established trade and diplomatic relationships with, or the 13 countries where same-sex relations are a crime punishable by death.

You protest the existence of a disputed wage gap between genders in this country, but fail to protest the many Middle Eastern countries like Saudi Arabia, Afghanistan and Iran where women are harshly oppressed. In fact, your champion Hillary Clinton even took donations to her “charitable” foundation from the leaders of Saudi Arabia, despite claiming to be a defender of women’s rights.

Instead, you fight the good fight, protesting things like the validity of electoral democracy, the right of people you disagree with to speak and demanding that UMass become a shelter for criminals. After President Trump’s election, some campus protesters justifiably protested his policies, and peacefully made their disagreement known. However, the majority of protests devolved into pathetic movements like the “cry-in” at Cornell, or the #NotMyPresident protests at UMass, where students whined about the legitimacy of an electoral college system that, while flawed, has been in place for hundreds of years. These “protests” devolved into pity parties that would make the real student activists of the 60s and 70s balk.

Better yet was the recent protest at UMass for International Women’s Day. The UMass Socialist Club, UMass Democrats, UMass Students for Reproductive Justice and a host of other groups were out fighting the good fight, tackling pressing women’s issues. Still no mention at their protest of the international oppression of women, but don’t worry, they were adamantly defending Planned Parenthood. Yes, the same Planned Parenthood who has been accused of selling the fetal tissue of aborted fetuses for a profit, and of pressuring women to choose abortion to meet quotas. We’re very lucky we have these advocates shielding us from such oppressive Republican policy like defunding such an organization. This groundbreaking protest clearly focused on the issues that matter, as evidenced by their signs demanding “free abortion on demand.”

In recent times, protests at UMass and colleges around the country have shifted focus, now demanding that their respective universities declare themselves “sanctuary campuses.” Students at UMass have held protests, sit-ins and submitted petitions to the University administration, all in an effort to have this policy enacted. But given the Trump administration’s stated ambition to prioritize the deportation of illegal aliens who have committed other crimes, what you are essentially protesting is for UMass to become a sanctuary for criminals. And this is despite the fact that campus administration has announced that to declare themselves a sanctuary campus would jeopardize hundreds of millions of federal financial aid dollars that many students rely on.

The newest campus trend in social justice activism is to no longer protest the views of those you disagree with, but to actually protest their right to express those views at all. Recently, protesters at Middlebury College laid siege to the very notion of free speech, going even further than silencing a controversial speaker and actually injuring a faculty member. But the UMass community is no stranger to this type of “activism.” Just last year at UMass, rather than attempting to engage and expose his oft repugnant views in the free marketplace of ideas, you attempted to silence Milo Yiannopoulos and other conservative speakers by shouting them down and preventing them from talking.

How far our campus protests have fallen. Before, we used to believe that we could peacefully protest meaningful topics, debate those with whom we disagree with and actually change people’s minds. The result of attempting to silence those you disagree with is only to amplify their message even louder. The evidence? Your assault on Yiannopoulos’s free speech transformed his audience from a few hundred students in a hall at UMass, to 1.6 million on YouTube.

My message for the UMass community is simple: refocus your protests on things that actually matter, not just pushing your liberal snowflake agenda.