‘The Lego Batman Movie’ is the best portrayal of Batman yet 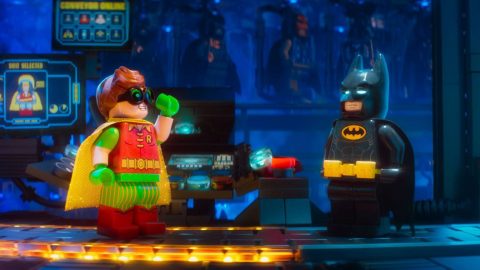 In the 78-year history of Batman, it seems like there is a repeating pattern with all the adaptations. First, there was the light and campy 60s TV show, then we got the dark and gothic Tim Burton films, then the franchise was ruined by the flashy and ridiculous Joel Schumacher films, and then it once again was revived by the gritty and grimy Christopher Nolan films.

Now we have “The Lego Batman Movie,” which has a very light and silly tone like many of the films before it. But what’s great about this film is that it is self-aware of the previous incarnations of Batman, while also being a great Batman film in its own right.

The film focuses on our favorite Caped Crusader as he must reconcile his need to save others amidst his constant sense of solitude. Even though this loneliness is affecting him, he is too stubborn to ever admit it, as he does not want to be seen as soft. However, with the Joker’s attempts to destroy Gotham and Robin’s return to his home city (forcing his way back into Batman’s life), it seems the Dark Knight has much to learn about teamwork and cooperation.

The self-awareness of the film is one of its defining traits. One thing the film is self-aware of is the characteristic flaw of the Batman character. To the public, Batman comes across as cool and edgy. He can take care of any situation by himself and raps about his overwhelming awesomeness.

Yet behind the scenes, Batman is sad because he is alone and fights crime to get acknowledgment from others. This is best shown as he watches romantic comedies like “Jerry Maguire” in his spare time because he desires a relationship.

The film is also aware of the weird relationship between Batman and Joker and their unending adversarial dynamic. Throughout the film, Joker is trying to make Batman acknowledge that he is his greatest villain after Batman refuses to acknowledge that. While their relationship is not as complex as the Batman/Joker conflict in “The Dark Knight,” it is still hilarious to watch.

The animation is unsurprisingly amazing. Like “The Lego Movie,” it is highly detailed and the LEGO characters and pieces move like it was made in stop motion. When Batman is flying in his Batplane, the flames move like actual flames except made out of LEGO.

The voice acting is also top-notch. Will Arnett returns to play Batman after playing him in “The Lego Movie,” and he does an excellent job playing Batman as someone trying too hard to be cool. Michael Cera is pretty funny as Robin, playing someone who is dorky and naive. Zach Galifianakis’ trademark whine is surprisingly unrecognizable as the Joker.

There are also a lot of jokes about previous incarnations of Batman, especially the 60s TV show. There is a joke about shark repellent from the 1966 Adam West movie. In one scene, the Joker says that Superman is not a villain, a reference to when Batman saw Superman as a villain in “Batman vs. Superman.” There is even a jab at “Suicide Squad” when Batman says it is stupid to make villains fight other villains.

The movie does have some flaws. There are times when jokes are thrown at the audience at a rapid pace, and most of the jokes are not subtle either. At one moment, there would be a joke about how Batman has many suits and the next second there is a joke about how Robin is not wearing pants. This is really distracting, as it makes it really hard for us to focus on the main plot with a ton of jokes being thrown at us. If some of the jokes were a little subtler, then they would feel less distracting.

Still, “The Lego Batman Movie” is a ton of fun. It is a must-see for families and Batman fans alike, as it is non-stop joy and has a clear, unbinding love for the source material. I had a blast and I think everyone will too.

Jon Ho can be reached at [email protected] and followed on Twitter @jonathanho77.