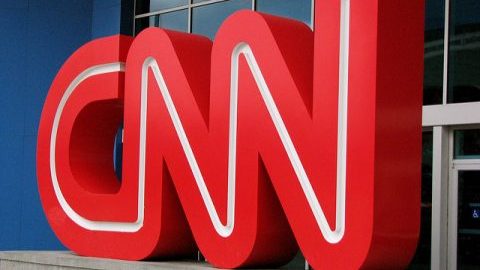 The debate between Sens. Bernie Sanders and Ted Cruz, hosted by CNN in early February, was more about semantics and less about healthcare.

The debate lasted a little over 90 minutes, with both Sanders and Cruz attacking each other. The debate also boosted the ratings for CNN, which had roughly 2.5 million viewers over the course of the program’s duration, with almost 38 percent of its viewing demographic falling between the ages of 25 and 54.

Talking about healthcare isn’t attractive, nor is it particularly popular. The logistics of healthcare are complicated, and many Americans have latched on to certain words and phrases as their primary way of staying informed. Words such as “pre-existing condition” and “government-run healthcare” are some of the phrases that come to mind, as these phrases have been used since the beginning of the topic’s discussion.

The term “government-run healthcare” can be understood as nothing more than a scare tactic. The military, police officers, firefighters and public employees are all examples of government jobs, but when it comes to healthcare, it’s more complicated.

“Medicare and health” made up a little less than 40 percent of the mandatory federal spending in 2015. Much of what Cruz discussed in the debate, with respect to the Affordable Care Act, had to do with cost. In 2010, the year the health law was implemented, spending for the Department of Health and Human Services exceeded $846 billion, a $50 billion increase from the previous year. In 2017, it is expected to surpass $1 trillion.

When Cruz or Republicans talk about the cost of healthcare spending, they have a point. At one point during the debate, when referring to the cost of developing new drugs, Cruz said, “Right now, it takes $2 billion to approve a new drug.” This is, for the most part, a true statement. Even though Doctors Without Borders has dismissed this claim, Cruz is drawing this information from the Tufts Center for the Study of Drug Development. It is worth noting that there are both ‘time’ and ‘out of pocket’ costs which Cruz failed to acknowledge during the debate. That being said, there is truth to the senator’s statement.

As far as policy is concerned, very little was learned during the debate. From the outset, Sanders supported a universal healthcare approach. Such a plan would eliminate the insurance companies entirely. In his view, the corporate model is the model that has failed us. It is worth noting his consistency on this issue. Sanders voted in favor of the Affordable Care Act back in 2009 and argued on its behalf during February’s debate, saying it was a step in the right direction. Sanders was successful in moving his former opponent in the Democratic presidential primary, Hillary Clinton, to the left on healthcare, playing a large role in her eventual support for what the New York Times called a “Medicare for more” plan.

One of the key words of the debate was access, which each speaker discussed in different ways. Regarding the issue of healthcare as a right, Cruz said, “You have a right for government not to mess with you. So what is a right? It’s access to health care.” Cruz applied his own parameters for a “right,” defining it as something that boils down to access. This prompted Sanders to respond by saying, “Access to what? You want to buy one of Donald Trump’s mansions? You have ‘access’ to do that as well.” To Sanders’ credit, access has never been the issue, because what our society defines as accessible is not limited to specific income brackets. What is important is the cost, and for Sanders, the issue of affordability.

This debate reminded me of an episode from “House of Cards” where President Underwood (played by Kevin Spacey) speaks to the nation on the issue of entitlements. He says, “Let me be clear. You are entitled to nothing.” The message resonates, and is in many ways reminiscent of Cruz’s argument. Cruz alluded to this point without having to say it. Words like “access” and “freedom” are arbitrary, especially when it comes down to debating the definition of what a “right” is and isn’t. Ultimately, both candidates agreed that Obamacare is not the solution. Granting more power to insurance companies was never something the American people wanted. Although I must say, the beauty of the debate was its lovely diversion from Donald Trump.