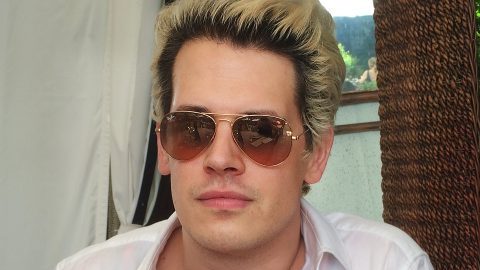 The reaction to the presence of Milo Yiannopoulos at the University of California Berkley several weeks ago is a testament to some of the worst problems plaguing the collegiate landscape. It underlines the irony at the forefront of the free speech movement. The college campus should be a space in which free speech is always welcomed. Universities have a rich history of challenging political thought while channeling the forces of hate that plague our society.

But unfortunately, this is not the case anymore.

Last year, the University of Massachusetts hosted a three-member panel which raised questions on the issue of political correctness. The event, which many UMass students attended, was successful in that it illuminated a sentiment that is still taboo – namely the importance of processing and respecting the opinions of people even if the opinions differ from your own. This is different than respecting and giving merit to the views themselves.

The heavy protesting that erupted due to this event was understandable and when done appropriately, commendable. If I weren’t studying abroad I too would have protested the views of Yiannopoulos and the other panelists. However, I would not have protested their right to speak on my campus, nor would I have shouted, “You’re not welcome here,” at the top of my voice as some of my peers did. Censorship should be used lightly, especially self-censorship.

I loathe Yiannopoulos and disagree with almost everything that comes out of his mouth. That being said, I disagree with taking away his right to speak. I disagree with silencing someone on principle. If you don’t want to respect Yiannopoulos, then don’t attend his speech. Let your absence be the greatest form of protest. It seemed almost inherently antithetical to attend someone’s talk while voicing your concerns in a way that prevents him from speaking. In fairness, this is not unique to Yiannopoulos’ visit to UMass. It happens almost everywhere he speaks. It is also worth mentioning that it is the only reason for his success.

The ascent of Yiannopoulos is due in large part because we decided to care. Others hold his views and yet they don’t have the type of platform he has. Yiannopoulos rails against multiculturalism, holds beliefs that are anti-Semitic and stated in his talk at UMass that “feminism is cancer.” It is abhorrent that college students riot in protest when he should be ignored outright.

Not only has political correctness gone too far, it has transferred over to groupthink, thereby silencing beliefs that differ from the norm. Suddenly it’s a shouting match where the person shouting louder becomes correct by physical force rather than by interpretation of thought.

College is the place where diversity of thought is welcomed, but that idealized concept cannot become reality when arguments are ended before they’re allowed to begin.

Just last month, political scientist Charles Murray was shouted off stage before even beginning his lecture at Middlebury College. The moderator, Allison Stanger, was physically accosted and sustained wounds that were worthy of hospitalization. The rioting that took place at UC Berkeley amounted to over $100,000 in damages. I am forced to ask why these people deserve such hostile reactions. People always say that actions speak louder than words when they themselves forget that words are a form of action.

People like Yiannopoulos exist to make you mad – he feeds off the anger. When he was forcibly evacuated from Berkeley, he came out victorious. Getting President Trump’s support was only icing on the cake.

Colleges used to be at the forefront of free speech, and they have rich histories of giving a voice to the voiceless. Colleges and universities have traditionally been the places that prefer dialogues to monologues.

We should be able to live in a society where if we make conscious decisions to show up at the debating table, then respect should be shown. When Yiannopoulos appeared on HBO’s “Real Time,” journalist Jeremy Scahill cancelled his appearance, refusing to appear alongside Yiannopoulos. I respect Scahill’s decision for one reason: he chose not to engage in opinions that he believes to be a waste of his time. His decision should be one that is used as precedent and followed by other intellectuals. I loathe figures like Yiannopoulos, but rioting and preventing people from speaking only helps the oppositional cause.