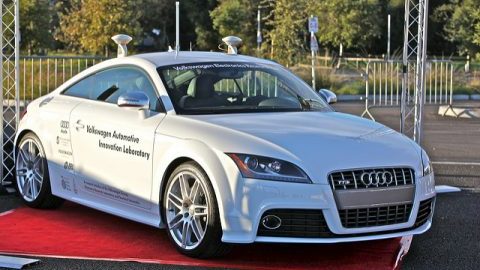 Driverless cars may revolutionize our transportation system. They may also be the greatest disappointment in transportation technology. Either way, they are probably the future.

When employed properly, self-driving cars are safer, more alert, and able to communicate with other cars through sensors and analytical software. Since electric car technology is becoming more affordable and better for the environment, they could also help reduce our reliance on fossil fuels. But the self-driving car, like the Internet, is a technology that will change the way we operate our daily lives. These changes are not inherently harmful, but ignoring them could have immeasurable consequences.

Driverless cars seem great for the consumer who gets the benefits of a car without work, especially if they are marketed on an affordable akin to Uber or Lyft. But could this backfire if too many people use them? The impact of driverless cars on traffic is a hotly debated topic.

“Vehicles [today] spend most of their time being parked, not being used,” says Regina Ruby Lee Clewlow, a postdoctoral scholar at Stanford. If driverless cars drop people off and leave to pick someone else instead of parking, traffic will ease. This belief also predicts the system will encourage carpooling and transport more people efficiently.

But another study paints this view as optimistic. Computer scientist Tim Roughgarden writes that driverless cars will only ease traffic by 33 percent, alleging that it will be difficult for routers to “shuffle packets of data across the Internet,” much like other Internet systems today. In other words, we may watch cars slow down and stop on North Pleasant Street someday and blame it on Eduroam.

Writer Brian Christian and cognitive scientist Tom Griffiths also claim that congestion—the number of cars on the road—trumps orderly movement. This is important because driverless cars’ business model is accessibility: Since the car will be more of a service than a skill, more people will be able to ride a driverless car even if they are underage, intoxicated or blind. If the demand for rides exceeds the congestion saved by the technology—which is debatable—traffic might be just as bad as it is today.

There is an argument in sustainability, too, which warns that driverless car dependency is still car dependency. Smarter land-use policy in cities with a greater emphasis on mixed-use areas and more density can solve transportation issues without extra traffic or energy spent, and studies have shown that areas that are better for pedestrians have communities with better physical health. This will probably not concern the driverless car industry, but the case against car dependency entirely is an important perspective in the conversation.

Their impact on the job market is also concerning. Almost three percent of working Americans today drive trucks, cabs or buses as part of their job, so the proliferation of this technology will have consequences. These jobs won’t be destroyed overnight—projections have the end of manual cars slated for 2070—but businesses transporting goods will certainly make the switch as soon as it is profitable.

This problem is part of a greater question of what to do as technology continues to eliminate so many forms of employment. Do we start forcing companies to keep these jobs? Or will we move toward a system like universal basic income? Both are hard to couple with American economic philosophy, but to sit by and watch income stop flowing to the middle and working class entirely could bring us to a worse era of income inequality.

My last concern here regards cybersecurity. Many talk about cybersecurity as a problem to solve, but for which breakthroughs and tweaks will push it to the wayside in a few years. That’s not the case: cybersecurity is a fundamental problem with technology that will follow it with each step into the future. For every patch there will be adaption, and every new important server creates a new market for hackers. Cybersecurity will take more and more expertise to maintain, and the more we depend on technology the more we will depend on services that protect us.

Self-driving cars will probably use the Internet to communicate with other cars, so it will be up to the security of these cars to keep millions of lives safe from targeted hacks. The importance of this cannot be understated: cyberterrorism will reach a new level if any vulnerability in a car system is exploited, through shutting down communication between cars or even manufacturing accidents.

Do these points make self-driving cars a farce? Not necessarily. What matters now is how the market and government react to these developments. I fear the expectation that driverless cars are the new status quo more than I fear their existence, since diversity in transportation is better than any single sort of dependence. Thankfully, we have a decade or more to debate this issue before we get to this stage, giving our country time for national debate.