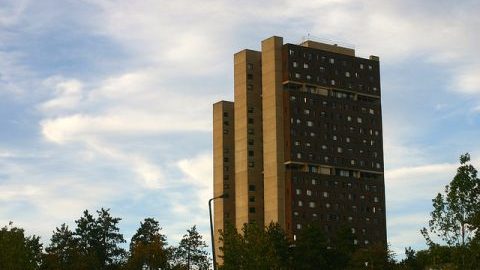 Abdul F. Ismail, the man from Hadley who threatened to bomb Coolidge Hall on April 11, attended his hearing in Eastern Hampshire District Court on Tuesday, April 18. As of now, he will continue to be held without bail.

According to MassLive, Alexandra Wysocki, one of the two UMass Police officers who provided testimony, said Ismail tried to print out a letter about the bombings in Syria by using the computer of the University of Massachusetts student he was visiting and had met via the dating website Tinder.

When the student said she was uncomfortable doing so, Ismail told her, “I’m a terrorist.” Ismail then said he would blow up the dorm and the UMass student would be his first victim.

After the student escorted Ismail out of the building, she called UMPD.

In a release from Mary Carey, spokesperson for the Northwestern District Attorney’s Office, Ismail was arrested the morning of April 12 and was charged with making a bomb threat and threatening to commit a crime.

MassLive reported Alan Rubin, Ismail’s attorney, argued that “there’s not a thread of evidence that [Ismail] was doing anything wrong. That he was a terrorist.”

The next court hearing is scheduled for May 15.

This story will be updated as new information is released.