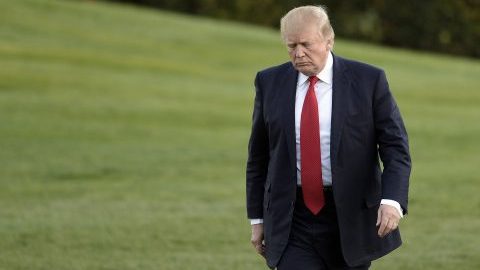 Since Donald Trump’s April 6 strike on Syrian air bases and other significant military locations in the country, people are understandably concerned about what is going to happen next. The notion that President Trump hasn’t always thoroughly considered his decisions before making them isn’t exactly a new one, but to say that he is capable of starting another Great War is giving him far too much credit. If anything, it is more plausible that Trump is not the world leader to currently be feared, and that Vladimir Putin or Kim Jong-un will be the leaders more likely to lay waste to the world as we know it. However, once again I will argue that such a situation is unlikely.

It can be argued, with plenty of credibility, that the Cold War never really ended. Gorbachev and Reagan made great steps to not blow each other off the map, but we’ve never stopped fighting “proxy wars” in the Middle East. Whether it be for strategic locations for military bases or the black gold beneath the dirt, every superpower has had its hand in that region.

However, Russia simply cannot financially support a total war against the United States. America’s gross domestic product (GDP) is over 13 times that of Russia. Putin might be a manipulative bully, but he is not insane enough to go against numbers like that.

Which brings me to the next dictator, North Korea’s Kim Jong-un. Recently, the U.S. sent an aircraft carrier across the Pacific toward North Korea. Although this ship turned south and headed for Australia, President Trump and Defense Secretary James Mattis may still have plans to park the USS Carl Vinson closer to the isolated nation.

Over the years, reports have come out of South Korea that its noisy neighbors continue to test new missiles, and that the nation is trying to develop a nuclear weapon. But again, North Korea’s military strength is comical compared to the United States’ armed forces. North Korea spends around $9 billion annually on its military, which amounts to about a third of its national income. While that may sound like a lot, the United States’ annual military budget is well over half a trillion dollars. It’s important to remember, when watching the news, just how far ahead of the rest of the world the United States is in terms of military strength.

I would, however, keep track of the timing of these recent bombings. Historically, presidential approval ratings seem to get bumped up every time the president goes on the offensive in another country. The atrocities committed by the Syrian government did provide an opportunity to get the public to support Trump’s administration, not to mention the successful detonation of our largest non-nuclear bomb in Afghanistan, the Massive Ordinance Air Blast. Any increase in bombings that we see under the Trump administration will as much be to defeat America’s enemies in the Middle East as it will be to get Trump’s approval ratings up.

But ultimately, despite the growing tensions and fear amongst U.S. citizens, it is highly unlikely that World War III will begin any time soon.