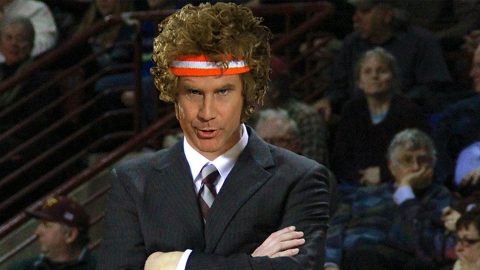 UMass hires Jackie Moon to be men’s basketball coach after Matt McCall has a ‘change of heart’ by Tony Chius
The former Flint Tropics coach leaves his failed musical career for an opportunity to coach the Minutemen.

Mass lacrosse teams forced to cancel home games after gorillas inhabit Garber Field by The Man with the Yellow Hat
In preparation for the ‘War for the Planet of the Apes,’ gorillas have turned Garber Field into military base.

Gardner Museum art heist finally solved by Angela Spring
After 27 years, the paintings have been found.

‘The Boss Baby’ is the greatest film of this century, if not the greatest artistic work of all time by Moyshe Crotchedowitz
Art is over.

Women have had enough by Lottie Bull
Lottie Bull discusses the importance of devaluing women in everyday life.

So help me god I would rather cut off my own arm than let you have this egg chair by Kath Ledeyard
Kath Ledeyard writes a strongly-worded letter to students in the basement of the UMass library about a subject close to her heart.

UMass discriminates against left-handed students by Delia Gauche
There are never enough lefty desks in classrooms or lecture halls.