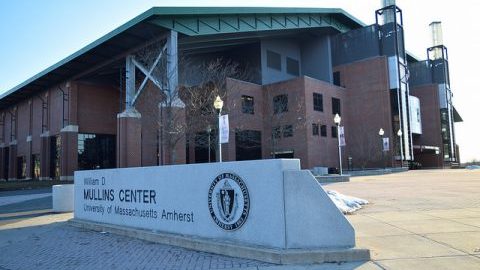 Another day and another transfer for the Massachusetts basketball team.

According to a tweet he sent out around 1 p.m. Monday, Keon Clergeot has decided to transfer from Memphis to UMass. He joins Jonathan Laurent as latest players to transfer to UMass this offseason. A 6-foot-1 guard out of Memphis, Clergeot spent his freshman season with the Tigers and averaged 3.8 points in 26 games.

Clergeot will have to sit out a year before he is eligible to play due to NCAA transfer rules, however, he still has three more years of eligibility.

A lot has happened to Matt McCall’s team since he was introduced as head coach of the Minutemen nearly two months ago. Freshmen DeJon Jarreau, Brison Gresham and Ty Flowers along with sophomore Zach Lewis, junior Seth Berger and senior Zach Coleman have all decided to transfer following the firing of head coach Derek Kellogg. Donte Clark has declared for the NBA draft without an agent.

Clergeot is the fourth transfer that McCall has landed for the Minutemen. Since McCall’s hiring, Curtis Cobb, Jaylen Brantley, Laurent and Clergeot have all committed to transferring to UMass.