Referendum to come to student body for Student Union renovations 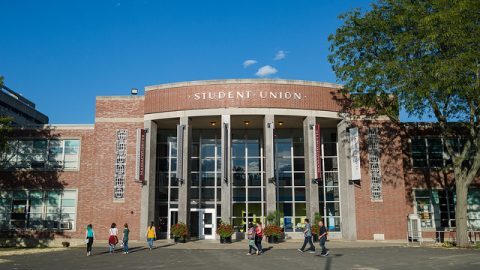 Editor’s Note: Since the article’s original publishing, it has been corrected to attribute SGA Director Sarah Nordberg, instead of Associate Speaker Clare McGladrigan, for her quotations. Additionally, Speaker of the Senate Ryan Mahan’s quotation was added to to give greater context to the situation he addressed.

After all the concerns were addressed, the Senate voted unanimously to pass the referendum of increasing the SATF onto the student body.

Due to questions regarding “the lack of space for the ever-growing number of Registered Student Organizations at UMass,” a $50 million renovation project was proposed which included designs for a more sustainable and handicap-accessible building.

“A ‘no’ vote will reject the fee increase and table the project,” stated Ryan Mahan, Speaker of the Senate, in reference to how a “no” vote from the Senate would not initiate the referendum.

Senator Alex Domanico, a sophomore public relations major, was concerned about the language of the referendum, specifically regarding the date in which the fee will be enacted.

“It’s not biased in any shape or form by including that it’s going to start after some people graduate?” Domanico asked to clarify.

Director Sarah Nordberg, a junior political science major, said that the ballot is fully transparent about when the fee will be implemented. Additionally, she said that information about the fee is information that students should have and be able to base their decisions on. But Nordberg also hopes that students don’t make their decision solely on their graduation date.

When asked about the time frame of the project if it is approved, Nordberg answered that “it’s timeline is about a year to a year and a half.”

“Ideally this year’s freshmen would be able to see the renovated Student Union,” Nordberg continued.

The goal of the Senate is to educate the student body on the project as much as possible before the election. Outreach tactics include approaching RSOs about the topic as well as discussing the proposal with professors and lecture halls prior to class time.