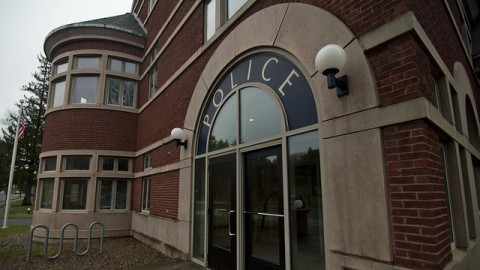 Earlier this year, the city of Boston released their annual employee earnings statistics for 2016, which included salaries for big names like Mayor Marty Walsh and Boston Public Schools Superintendent Tommy Chang. Although the earnings report itself isn’t very newsworthy, the top 50 highest earning city employees came as a substantial shock to many. All 50 of the city’s top earners were employed by the Boston Police Department, and the vast majority of them are detectives. Topping the list as the city’s highest earner is Det. Waiman Lee, who earned $403,408.61—an excessively large sum that even most doctors would envy. In contrast, Mayor Marty Walsh earned $175,000 and Barack Obama earned $400,000 last year. The fact that a Boston police officer earned more than the president of the United States last year is disturbing and frankly disgusting.

Don’t get me wrong, I greatly respect the Boston police, and many of their officers put themselves in harm’s way in order to keep us safe. Nonetheless, the 2016 earnings data is a big red flag that there is something terribly wrong with BPD and their union contracts within the city. Within those top 50 earners in 2016, all employees earned over $280,000 and a major portion of this income came from overtime and detail work pay. Using Det. Lee as an example, his income included a $92,514.73 base salary with an additional $121,946.00 from detail work alone. These statistics lead to the obvious question: why is Boston using taxpayer money to give officers such immense detail pay?

Detail work refers to the jobs that police officers volunteer for in addition to their normal duties as an officer. Examples of such jobs include working security at an event, such as a town meeting or directing traffic in construction zones. Obviously, there is a legitimate need for police officers for some detail jobs, but in many cases taxpayer money is being wasted on hiring union-protected uniformed officers to do a job that someone outside of the police department could do just as well. In the case of road work and construction, all Massachusetts cities and towns were forced in the past to hire a police detail to either sit in a cruiser with their lights on or direct traffic instead of using simple flagmen. It wasn’t until 2008 that Massachusetts lawmakers allowed for civilian flagmen to be used in place of cops at road work sites, which made Massachusetts one of the last states in the country to permit this. However, even with this law being passed, it has still been incredibly hard for cities and towns to hire flagmen to replace police due to complex laws and union contracts that protect cops.

These same police union contracts that are preventing officers from being replaced are also responsible for those same officers being paid substantial incomes for additional duties that could be done by minimum wage employees. This is thanks to an agreement between the city of Boston and the Boston Police Detective Benevolent Society in 1984, which mandated that police officers be paid for, at minimum, four hours of work per detail assignment. This means that even if a police officer is only directing traffic for 30 minutes, they will be paid for four hours.

Police detail work is a scam that is robbing Massachusetts taxpayers blind. It‘s insane for the government to use officers in construction zones in place of flagmen, and is probably just done to appease politically powerful police unions. It’s inexcusable that we have police officers who are taking advantage of a broken system and we are doing nothing about it. Our politicians need to seriously consider standing up to the police unions and renegotiating outdated, near fraudulent contracts. In 2008, the police detail rate in Massachusetts for many projects was $38.15 per hour and, in comparison, the average flagmen was paid $32.95 per hour while an apprentice road flagger makes even less. That is an average savings of 13.52% when using flagmen in place of police officers and even more savings when using apprentice road flaggers. The government has a duty to taxpayers to spend our money efficiently. It is absurd that police are being paid tens of thousands of dollars, on top of their base salary, to do jobs that other workers could do for substantially less. No police detective should be earning upwards of $150,000 a year, let alone $280,000 or $400,000 per year. Our politicians need to step up, do their jobs, and start policing the police.