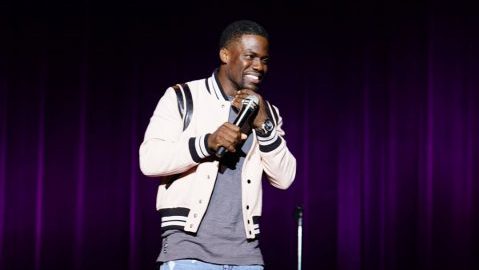 Last performing at the University of Massachusetts three years ago, Kevin Hart will be making his return to ‘the Zoo’ this March for his “Irresponsible Tour.”

At 8 a.m., the UMass Mullins Center announced via social media that Hart — who has made a name for himself as an actor, comedian, writer and producer — would be performing at the center on Friday, March 9. Tickets will start going on sale Wednesday, Dec. 6, at 10 a.m., and they will range from $49 to $119.

“I like Kevin Hart, I like his stuff, I like his comedy, I think he’s funny,” said senior hospitality and tourism management major Ethan Park, who mentioned that he saw the 2016 in-theater release of Hart’s stand-up comedy show, “What Now?” but was not able to attend the show in person when it came to UMass in 2015.

According to the Mullins Center’s website, “Hart’s “What Now?” tour sold out eight tri-state area arenas, including Madison Square Garden, Barclays, Prudential Center and Jones Beach, selling over 100,000 tickets in the New York market. He was also the first comedian to sell out an NFL stadium, selling over 50,000 tickets in one show.” Worldwide, the tour grossed over $100 million.

Ania Dos Reis, a sophomore communication major, said that she would also like to go to see Hart, both for his comedic talent and to be able to say that she saw him in person.

“I think he’s funny. I’d like to be in his presence, so I’ll go,” Dos Reis said. “I think it’s a very big deal, especially since this school is so big, we’re able to get somebody like that. It’s going to unify us more — a lot of people are Kevin Hart fans.”

“I think he’d be able to get a great energy from UMass,” said Kalin Murphy, who is receiving her masters in speech-language pathology and special education. “I think people would definitely buy tickets to go see him…I feel like he’ll do well at UMass.”

Hart has been in the headlines frequently this year. His memoir, “I Can’t Make This Up: Life Lessons,” debuted at number one on the New York Times Bestseller List in June. In December, he will appear in the Sony reboot of the memorable 90s film “Jumanji,” starring alongside Dwayne Johnson and Jack Black.

While Ruwan Teodros, a senior journalism major, said she probably won’t go to see Hart at the Mullins Center, she said she is impressed that Hart is coming to the University.

“It’s…a catch for UMass, because he’s an A-list comedian, so I think that’s a big deal,” Teodros said. “He’s super relevant, so I feel like everyone will go.”