‘She’s Gotta Have It’ is a television triumph 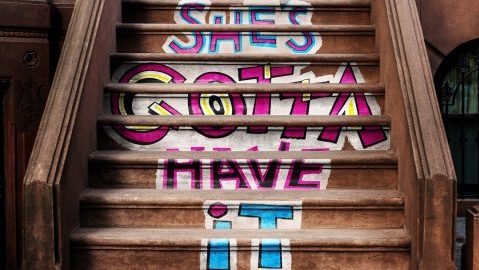 Spike Lee’s “She’s Gotta Have It,” based on his 1986 debut film of the same name, takes us back to a time when African American artistic expression was more of an urban societal norm than a fringe movement understood through the racist lens of the white world. The ten-episode mini-series, which debuted on Netflix on Nov. 23, seeks to personify the African American experience through cultural individuality and distinct artistic expression, coupled with a willingness to do anything and apologize for nothing.

Nola Darling (DeWanda Wise) is at the center of the story — a young, hip, urban post-millennial who survives as a starving artist in the newly gentrified Fort Greene neighborhood of Brooklyn. Darling’s acting displays elements of racial individuality and sexual freedom, while managing to convey immense confidence and pride in her passion for painting. Her unapologetic nature toward her friends about the men of her present (who, interestingly enough, are at the same time also part of her past), contributes to her greater sense of self.

While watching, one is often reminded of the novel “Quicksand” by the great Nella Larson of the Harlem Renaissance. To pinpoint her natural, free form would not only be offensive but limiting by definition. While Fort Greene is Darling’s home, with her parents displaying their refusal to ever sell their Brooklyn brownstone, her artistic exploits and willingness to relieve herself of the patriarchal system (she fends off a compliment with pepper spray — an act brought upon more by paranoia than an apparent problem with men) is present in the background of each episode.

All of this stems from Darling’s unwillingness to feel at ease with her own form. She applies for art grants and teaches on the side in order to make her payments, begins flings and relationships with men heavily outside of her tax bracket and is in many ways enchanted by Mars Blackmon (Anthony Ramos), one of her lovers who comes to personify the pre-gentrified days of Brooklyn, before Starbucks and disinterested white women sought to take it over.

A scene early in the season shows just that. The viewer is brought to the cross section of race when old-school Black culture meets the new wave of white when gentrification is knocking on the door. Mars gets into a shouting match with a woman — Nola’s neighbor — who is depicted as being constantly annoyed by difference, with little care or concern for other cultures.

But “She’s Gotta Have It” is not that simple. While it is a show that tries its best to break down the barriers of the patriarchy, there is the presence of apparent advertising that works to reinforce it. The reality TV-show, “She A$$’d to Have It,” a racist representation for which African Americans are at the forefront, seeks to enhance the stereotypes that Nola works to break down.

Directed by Lee, the show constantly breaks the fourth wall. Nola’s monologues to the viewer, found in the beginning and end of each episode, can be understood as an act of self-empowerment as much as they display an act of female and racial empowerment. The pride in proclaiming that “Black lives matter” at the end of the pilot episode is perhaps the most unnecessary part of the whole series. Nola’s evolution, moving from one existential crisis to the next, all with her head held high and with a willingness to stop at nothing but her version of perfection, does more to exemplify the beauty of the African American spirit — a more modern, yet equally powerful form of Black pride — than the slogan that has come to mark of a movement for the betterment of racial justice.

“Freedom is having the will to do whatever you wish with your own body,” Nola proclaims to her girlfriends after one of her dance recitals — a not-so-subtle proclamation that the will to be free comes at a price that is paid for by skin color, along with the tribulations that come with breaking past stereotypes brought upon by race.

But when one of Nola’s girlfriends, Shemekka Epps (Chyna Layne) has to split from the discussion she was privy to, one gets the sense that her departure — picking up her child from daycare — illuminates the kind of responsibilities that Nola is immune from. It is the will to be free versus the act of exploring freedom through personal responsibility.

“She’s Gotta Have It” illuminates the forms of freedom that exist for African Americans, whether it’s through the postmodern culture of Fort Greene or through the individuals who struggle to find the exploration they are waiting to exhibit. It seeks to suggest that race reinforces and breaks down competing constructs, while also managing to educate the next generation being brought up in an ever-present and polarizing understanding of racial identity.