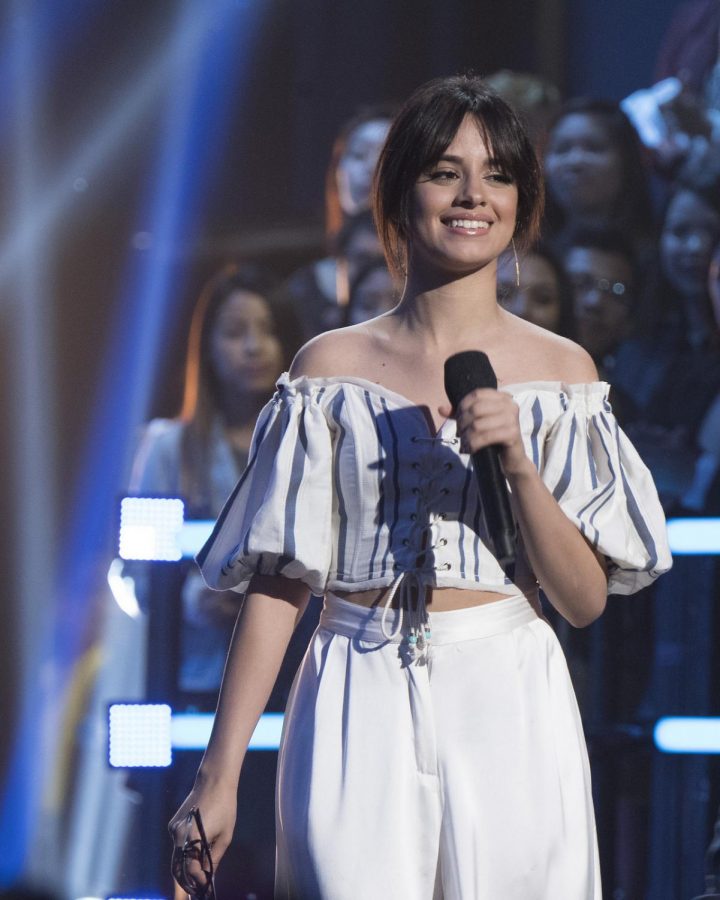 Camila Cabello’s departure from pop group “Fifth Harmony” in Dec. 2016 was one of the most widely talked about pop culture events at the time. The lead-up to Cabello’s debut seemed to center only on the fact that she was bullied out of the group, was finally free and was going to bring her fans the solo work she had always wanted to give.

Numerous publications had battles over which side was right, who bullied who and who was more talented. The two groups were pitted against each other and there was no chance at reconciliation. Now, with the release of her debut album, “Camila,” Cabello proves she has to be on her own. After only a few listens to the project, the 20-year-old’s potential is clear.

If there is anything that shows the extent of Cabello’s talent, it’s her songwriting. Having been a part of the writing process for each song on the album, Cabello shows her mastery at expressing emotion. Vulnerability is the most powerful theme of the project.

“Never Be the Same” is the first song on the album, and it leaves a lasting impact. Cabello enters the project with groaning vocals, offering a drained tone, then quickly uplifts herself by the pre-chorus. The song moves in a way that takes the listener directly into Cabello’s perspective: It’s easy to feel her withdrawal, and then be captivated by the triumphant chorus. There is something about “Never Be the Same” that is so special; there is a quality to it that is both wounded, yet resilient.

With this mood established, much of “Camila” continues this theme. Other tracks like “Real Friends” and “Something’s Gotta Give” highlight Cabello’s craft. The last chorus of “Something’s Gotta Give” brings chills. Cabello’s capacity to let others feel her pain is what makes this album so successful; she seamlessly adds layers, boasts her range and exudes dexterity throughout.

The biggest issue with this project is how safe it feels — no song feels cutting edge or groundbreaking. “Camila” follows many trends, including uninspired chord progressions, the need for a mainstream rapper to make a song a hit and overdone, tropical instrumentation. The overuse of these tactics in pop is what makes the genre feel stagnant. Unfortunately, those working with Cabello are convinced that she needs these pop clichés in order to top charts.

Despite the album consisting of only ten distinct songs, there are unmemorable tracks that fall to the back. “Inside Out,” despite having tropical drums and bilingual vocals from Cabello, feels more like an interlude. “Consequences” is a piano ballad, and while Cabello’s range is displayed, the song feels like something we’ve already heard too many times before. With Cabello’s talent, no song should feel this way, and this is a glaring issue.

It is these issues mixed with the artist’s press that diminish Cabello’s talent. There is a need for publications to bash Fifth Harmony in order to praise Cabello, but that’s a waste of time. Each person is trying to move past the drama and both groups should be celebrated for what they are — dynamic and talented women who raise awareness to important issues in pop culture through their music.

The pop clichés only harm Cabello’s career and hide her voice. “Camila” lacks Cabello’s spunky quirkiness and vibrant personality, with one exception: The “Havana” music video is hilarious. She is playful and celebrates her heritage. Filled with tropes of her culture, she proudly shows us her background. Here, she is given the most creative control, and it truly pays off.

Cabello is a star because of who she is, which is not who everyone expects her to be. It’s clear, in the production, that the songs on this album play it safe. Those working with Cabello are more concerned about having her top charts rather than giving her the reins to increase the nuance in her work. It is these expectations that will hinder Cabello’s talent in the long run.

What Cabello created is beautiful, and with more time and confidence, she can leave an impact in pop. The more creative control Cabello has in her projects, the more complex her music will become. Cabello’s talent is limitless, and her music will only continue to capture our emotions.