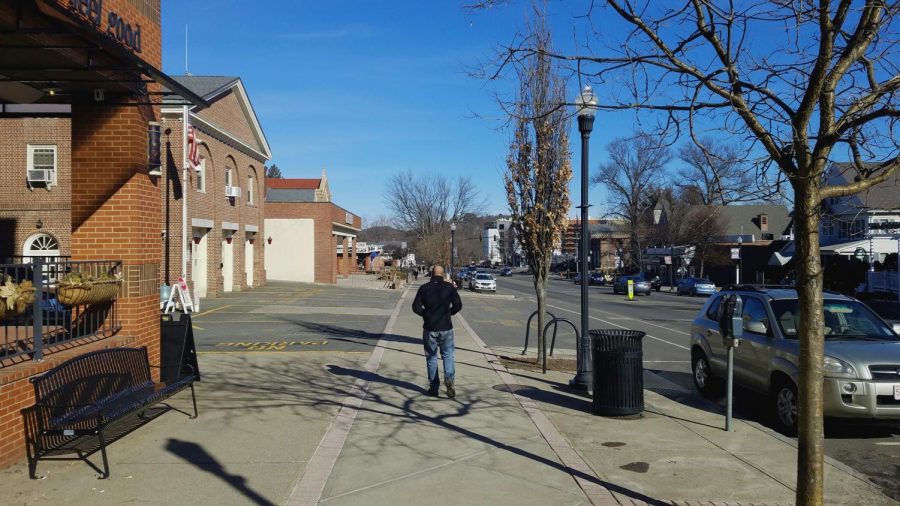 For Amherst’s Ken Johnston, commemorating an occasion like the 50th anniversary of Dr. Martin Luther King Jr.’s assassination calls for far more than a simple donation or pledge.

Johnston, 57, will make a six-week, 400-mile trek from Selma, Alabama, to the National Civil Rights Museum in Memphis, Tennessee as a “collaborating partner” of the museum’s own recognition efforts. The journey will stretch from Feb. 25 to April 4, 50 years to the day that King was killed. 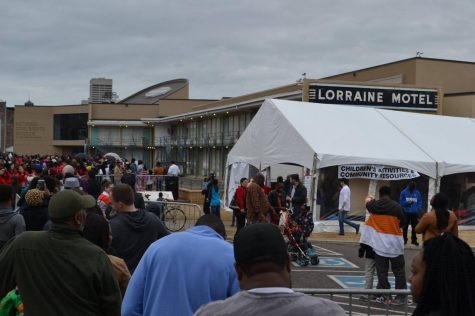 The former Yankee Candle employee and University of Massachusetts graduate cited the historical importance of marches throughout African-American history as his motive for taking up the walk.

“Marches and walks have punctuated social change movements in this country’s history. What people did years ago and what the civil rights movement was about was actually moving people,” Johnston said, “moving people to the streets, to protest and organize peacefully. So, on this 50th anniversary of Dr. King’s assassination, this is my way of moving civil rights forward.”

“Maybe it’s only moving a half-a-yard or a foot, but it will nonetheless move forward,” he added.

Johnston will walk the entire distance alone, and no one will be following him or be on standby in case something goes wrong. He will carry an impressive inventory while traveling, which includes a state-of-the-art sleeping bag, a first aid kit and a tent. On his website, Johnston is seeking families to host him in between his days of walking 12 to 15 miles. If he can’t find shelter, he is confident that the tent will suffice in the southeastern U.S.’s generally warm climate.

The walk is being funded in part by a GoFundMe page set up by Johnston, which has raised $1,375 as of Friday.

Both the starting point and destination of Johnston’s walk were significant landmarks during the civil rights movement. Selma’s Brown Chapel AME Church, where Johnston’s walk will begin, was the starting point for the Selma-to-Montgomery marches in 1965 that keyed the passage of the Voting Rights Act later that year. The museum itself was built around the Lorraine Motel, where King was shot dead in 1968.

Johnston’s interest in civil rights is nothing new. A proud African-American, Johnston referred to himself as his family’s “amateur genealogist.” His roots, which stem from slave plantations in North Carolina, are kept alive through his annual family reunion, which he says has run for 112 consecutive years. He can recall being eight years old when King was assassinated, and how angry his mother was that they had “finally gotten him.”

Just two months later, when presidential candidate Robert F. Kennedy was assassinated in Los Angeles, Johnston’s mother took him and his siblings to view Kennedy’s casket as it passed through their hometown of Philadelphia via train to the nation’s capital. He remembers the thousands of mourners lined up alongside him to watch the train pass, a recollection that remains vivid in his mind a half-century later.

Through her close attention to current events and involvement in social justice movements, Johnston’s mother showed her children the importance of community activism and the upholding of civil rights. Today, Johnston carries on his mother’s legacy of advocacy through endeavors like the walk.

“I hope to use this walk to symbolize the civil rights legacy that Dr. King left us and also to let people know that our civil rights are being eroded everyday under this current administration,” Johnston said.

He mentioned the recent school shooting in Parkland, Florida, and “watering-down” of the Disability Discrimination Act as threats to the country’s domestic security.

Johnston’s desire to promote civil rights in the present day prompted the UMass graduate to file his proposal to collaborate with the museum’s commemoration.

Connie Dyson, the museum’s marketing communications director, was pleasantly surprised when she first saw the proposal.

According to Dyson, “A 400-mile journey is a huge undertaking, especially in light of the commemoration itself…For one individual to take this on as a way of honoring Dr. King is a tremendous effort.”

This will not be the first lengthy solo traverse for Johnston. Just last summer, he walked nearly 300 miles across Massachusetts to explore the true meaning of being a New Englander. He walks frequently in his free time, calling it “true freedom through movement,” and credits his activeness for his good health.

This year’s journey, however, will see Johnston pursue what he perceives to be a social service while also promoting the health benefits of walking. He plans to spend mornings and early afternoons on the road and will use the second-halves of his days to engage the communities on his route in “productive” discussions on civil rights.

“It’s important for people to pay attention to and speak out about their rights as Americans,” Johnston said. “There are many different areas of society where civil rights are being eroded every day, and we have to act.”