The event sought to promote diversity on campus 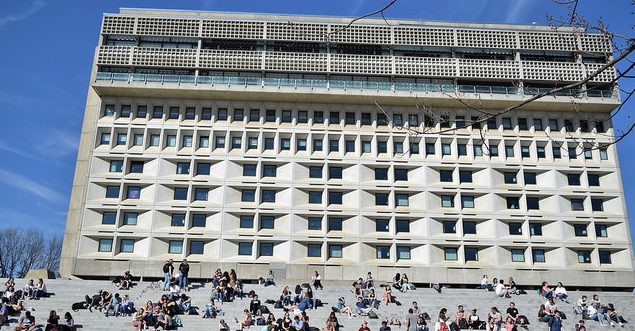 A community-building dinner was hosted by both the Malcom X Cultural Center and Center for Multicultural Advancement and Student Success Wednesday night, Feb. 28, aiming to encourage collaboration and empower student leaders.

The annual dinner is titled the Black Heritage Month Community-Building Dinner, and each year, it attempts to promote diversity on the University of Massachusetts campus. According to Chan Kim, the cultural events coordinator for CMASS and sophomore economics major, the main goal of the dinner is to have a diverse group of students come together, “promoting collaboration and empowering student leaders to build solidarity.”

Approximately 50 people attended the event at 5:30 in the Amherst Room of the UMass Campus Center. Place cards on tables read, “What can we commit to do for others?”

Professor of history and Africana Studies in the W.E.B. Du Bois Department of Afro-American Studies Dr. Amilcar Shabazz was one of the main speakers at the event, during which he encouraged students to think as leaders.

In his speech, Shabazz referenced the book “Unity and Struggle: Speeches and Writings of Amilcar,” written by Amilcar Cabral, a renowned Guinea-Bissauan and Cape Verdean poet, political organizer and diplomat. Shabazz noted how Carbal’s book spells out some of the core principles associated with Black Heritage Month.

“There was unity after the slave trade of economic and social structure in the African society. The next phase was the European occupation pressing Europeans into these territories,” Shabazz said, “export of African workers through persuasion or violence.”

He added that now, “Africans are excluded from certain types of employment, including some of the most unskilled jobs. Racial discrimination is openly or hypothetical attack. Africans have been driven from the fertile regions. Political or trade unions were forbidden for Africans. And they don’t enjoy the elementary human rights. While humanity discovers its unity.”

Dr. Shabazz went on to outline the history of how Portuguese colonists began to launch new wars. “Justice is always relative,” he said, noting how Africans lived for 500 years under Portuguese domination. According to Shabazz, Portuguese culturalism represents a rein of evil.

“And where evil reigns there is no place for good. People that don’t know colonial domination, they would first have to acquaint themselves with all the facts for passing judgments,” he said.

During the dinner, Stephnie Igharosa, a biology and women, gender and sexuality major, performed an acapella of a John’s Legend song “Glory.” She asked the audience, “Can all of you snap your fingers while I sing,” and as snapping filled the air, Igharosa called for a need for change and freedom. She said that the reason she was singing the song was “because it displays and reflects equality for justice on and off the campus of UMass.”

Lisa Ladas can be reached at [email protected]