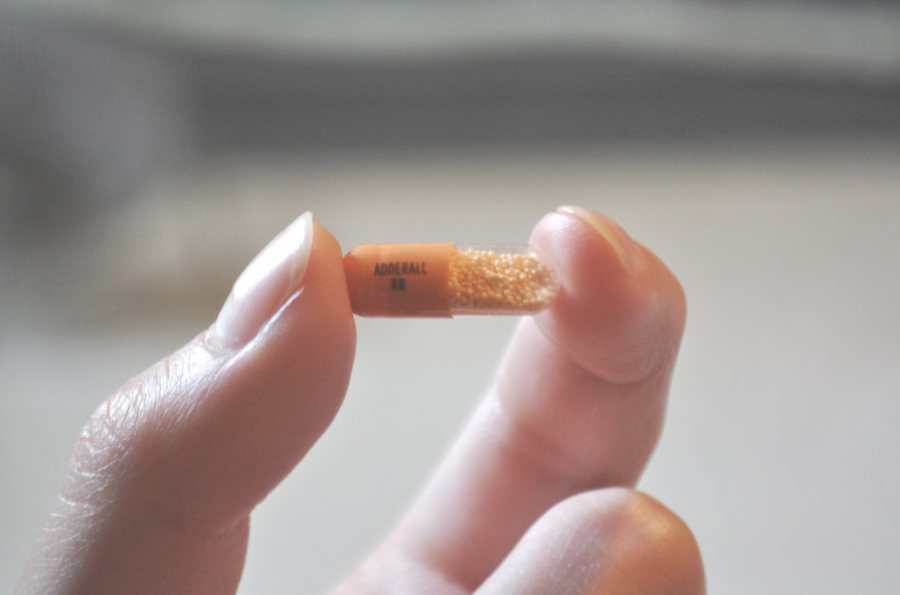 When the Adderall problem first appeared in the early 2000s, the media and public responded with a reasonable degree of surprise and shock. This was not your average drug problem and not your average drug user. Most of the individuals who abused these harmful “study drugs”—a combination of dextroamphetamine and amphetamine—were young adults ages 18-25, largely college kids. What was unusual, though, was the type of students abusing the drugs. They weren’t the “Thirsty-Thursday” party monsters who are rarely seen in class. These drug users wore sweater vests and spent most days in the library washing down cups of coffee with Red Bull. They’re probably those kids in your 8 a.m. that raise their hands every single question even though the syllabus explicitly states that participation is only five percent of the final grade.

Now, the abuse of drugs like Adderall is no secret; most students either use or have used Adderall to fuel a study session at one point.

“Full-time college students are twice as likely to abuse Adderall than their peers who are not in college, according to a National Survey on Drug and Health report released in 2016,” wrote Sarah Roach of The GW Hatchet.

But the demographic of users is no longer as narrow as the media would have us believe. The overachievers are not the only ones using Adderall before finals. I know plenty of peers just trying to get through finals who look to the drug to grant them some focus. It’s pretty easy to get your hands on, with most sellers or users receiving the meds from friends or family members with the scripts.

With so many individuals being prescribed the drugs for legitimate health concerns, commonly for conditions like Attention Deficit Hyperactivity Disorder, the pills unfortunately fall into the wrong hands all too often due to their availability. But the real issue is that no one is talking about the widespread misuse of these potentially very dangerous medications.

In December, I bumped into some friends by the library, and we began chatting about finals. One friend casually mentioned that he was probably going to just get some “addie” for finals. No one questioned him or expressed concern in response to his naiveté. Unable to respond with some semblance of a coherent warning, I realized that I was ignorant when it came to awareness about the harmful effects of misusing this drug.

In a 2008 study, 81 percent of 1,800 college students thought the misuse of study drugs like Adderall and Ritalin was not dangerous to their health, and it seems like not much has changed in the way of awareness 10 years later.

Dextroamphetamine-amphetamine is a powerful stimulant commonly used to treat ADHD and narcolepsy. Though there is little research on the extensive long-term effects of Adderall, the Food and Drug Administration has long been aware of possible cardiovascular damage, putting a black box label on the drug back in 2006. And although the level of stigma attached to the drug is near zero, the Drug Enforcement Administration may disagree, categorizing the drug as a Schedule II Substance, which puts it up there with some well-known dangerous drugs like cocaine, morphine and meth.

In the short term, the negative effects range from sleeping trouble, headaches, irritability, restlessness and depressed feelings to loss of appetite, nervousness and sex drive changes. It increases the risk of mental health disorders like bipolar disorder, or unusual behaviors such as aggressive or hostile behavior. It also poses serious risks to the heart, like high blood pressure and even stroke. Students may find in the long term that they are no longer able to function without the stimulant. After all, it does produce more of those feel-good chemicals in the brain, which are easy to get hooked on.

Another serious concern is the combination of the drug with other medications or alcohol. Most students are unaware of the correct dosage, or what other medication cocktails are extremely dangerous, leading to disastrous unexpected emergency room visits.

As a culture, we must begin addressing this widespread issue more coherently. It seems many articles have breached the surface of public awareness, but nothing is being done to regulate the medications more strictly or even educate students about the dangers of the drug. With so many students ignorant to the consequences or the severity of the medications, universities should work to spread awareness to their students about the dangers of the drug. At the very least, students should know what they are putting into their bodies and how it could affect them.