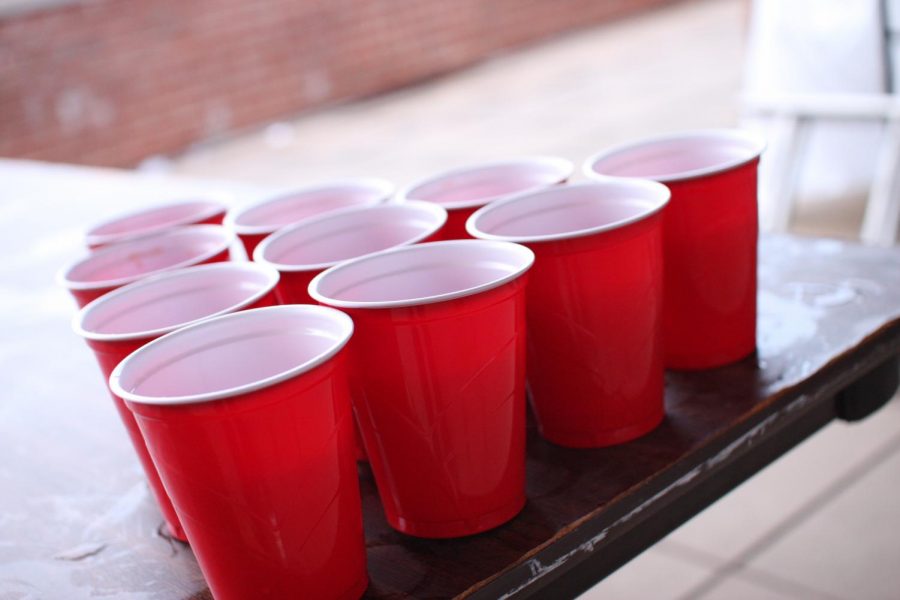 As students make their way back to the University of Massachusetts for the spring semester, many look forward to the renowned party scene.

Thursday through Saturday, students make their ways out to off-campus houses or fraternities to dance and drink. One of the greatest aspects of college is partying with friends. A party in and of itself is a shared experience between people who may have never crossed paths before, a talking point.

It’s certainly not rare to find a feminist in a fraternity on a Friday night, even if the basis of the party is inherently not feminist. As many feminists know, gender roles exist very strongly in society. What’s more, they exist in the party scene, and it runs deeper than we think. These gender stereotypes take shape even in the subtlest ways, from party themes to what we drink.

Many fraternities throw themed parties to amp up the level of fun. The themes of these parties can be anything from “ugly sweater” to “tight and bright.” There’s no denying that it can be incredibly fun to dress up for a party, but why do double standards accompany the more sexual themes? It seems as though all genders can participate in an ugly sweater party, but you won’t catch any guy in something tight and revealing during a tight and bright party.

Some women find it empowering to show skin when they go out, but it’s a different story when men of a fraternity are specifically asking women to dress a certain way that sexualizes their bodies. One website, menshealth.com, even suggests throwing a “lingerie” themed party, best for “seeing lots of naked women.” The article proposes this plan for the party: “Invite every hottie you can find on campus to show off their sexiest lingerie while you proudly don skivvies of your own. Women get a free shot for wearing high heels. (You might want to have a clothes check.) While the point of the party is, naturally, to get a bunch of drunk, half-naked people together and see what happens, you can add some structure to the revelry with a hottest lingerie contest. Everyone wins, right?” This sexualizes women’s bodies and creates a standard that women have to dress how men request. Rather, women should dress for their own level of comfort or empowerment. Gender expectations even manifest in what women should, or shouldn’t, drink.

Drinking is an essential part of partying. A lot of gender roles accompany drinking that have almost subconsciously been drilled into our society with alcohol advertisements. Essentially, gender roles are even present in what women drink. Many women are socialized to believe that they should prefer vodka or clear liquor to whiskey, since whiskey is a “man’s drink.” Women are taught to believe that they should maintain their femininity even when drinking.

Take for example the alcohol brand Skinnygirl Cocktails, which encourages women to drink their alcohol, which is devoid of calories of course, in order to “drink like a lady.” Meanwhile, companies like Bud Light advertise to appeal to men. While their advertisements may not be as obvious as Skinnygirl’s slogan, “Drink like a lady,” they are certainly not appealing to all genders.

These gender stereotypes that come along with drinking are prevalent in partying as well. They can range from men being “better” at beer pong or women needing chasers and bathroom buddies. Altogether, these unnecessary stereotypes keep everyone from having fun. What’s more, they shove women into a box. Women should have the ability to like whatever they want, whether it’s Skinnygirl or beer.

In all truth, this is UMass. One would struggle to find a student here of any gender who doesn’t love a themed party or a woman who doesn’t need a chaser. As a community we should work to reinforce that partying is the same for any gender. It shouldn’t be about what women should wear to a party, but what they want to. And if a woman likes a certain drink, it shouldn’t matter if it’s a women’s drink or a man’s drink. After all, feminism is all about women having a choice.