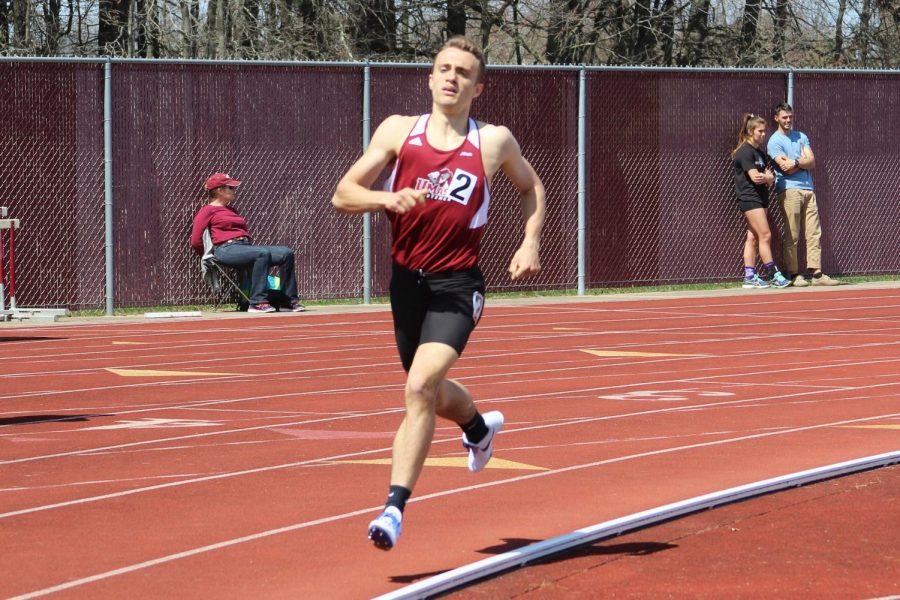 After finishing the first day of the heptathlon events in second place, Collins returned on Sunday to take third place in the pole vault and 60-meter dash, and fourth in the 1,000-meter, securing his first-place finish. He was followed by Hunter Gray, who claimed third with 4,512 points. They were two of four UMass medalists at the meet.

Coach David Jackson summed it up, saying, “Jon Collins put together a heck of a performance,” adding that “he stayed consistent, and he stayed focused.”

After qualifying for the 60-meter hurdle finals on Saturday, junior Jake DeGrace returned the following day to secure second place in 8.18 seconds, claiming the Minutemen’s fourth and final medal of the meet.

Similar to the men, the Minutewomen were led by a strong performance in the multi-events, where redshirt junior Bridget Deveau won the pentathlon with 3,760 points. Despite trailing early, Deveau claimed first in the shot put, long jump and 800-meter sections of the event to pull ahead. She was followed by senior Julia Witt, who took seventh with 3,269 points.

The Minutewomen placed sixth in the meet with 71.5 points, while VCU took home the trophy with 122.5 points. On the men’s side, UMass took fifth with 56.5 points. URI won with 204 points.