The poetry and prose created a kinetic emotion 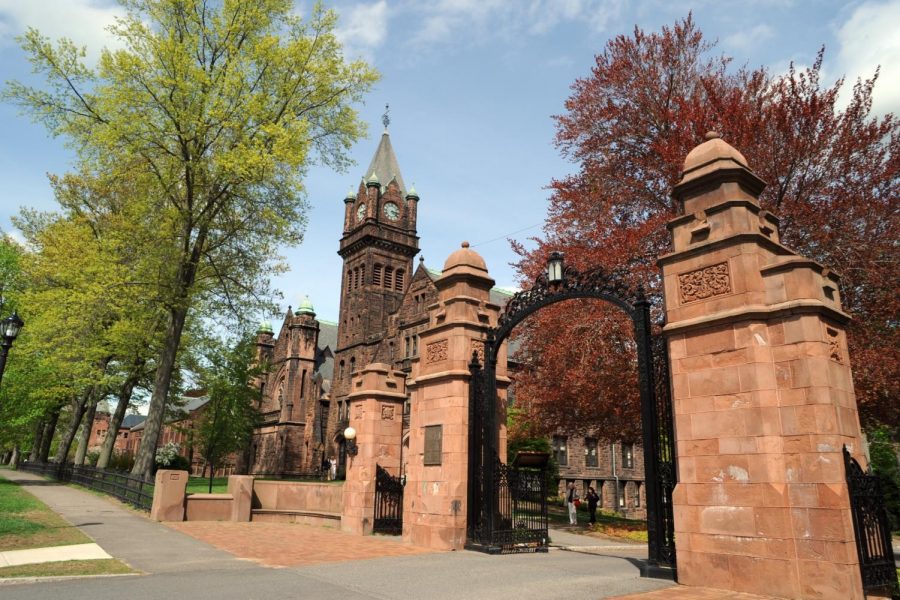 In the bones of a repurposed warehouse just off High Street in Holyoke, a poet reads from his latest collection to an intimate group of fellow creative writers, friends, family and patrons of the arts. On the walls surrounding the reading hang portraits of women and men, including Rosa Parks, Booker T. Washington and Bobby Seale, representing the various faces of the Civil Rights Movement. Listening to the words of the poet Afaa Michael Weaver, one began to feel the past pierce the room like the rays of the late-winter sun through the glass windows overhead.

Hailing from Baltimore, Maryland, Weaver worked in blue collar factories to support himself as a writer before eventually retiring from the industrial life to become a teacher at Essex County College in 1987.

He has published over a dozen collections of poetry, including his most recent book “Spirit Boxing,” which was released last year. Weaver’s work explores themes that include Black culture, factory life and American folklore. With subjects ranging from John Henry to West Virginian truck drivers, his poetry weaves a Whitman-esque, undoubtedly unique narrative with potent imagery grown out of tight metrical rhythm, producing an uncompromising piece of Americana.

A few feet away, an icon of July 1967 illustrates the discord that formed Weaver’s background. Robert Templeton’s Time Magazine cover depicting the Detroit riots reminds viewers of the reality that African Americans faced just half a century ago. Indeed, the entire exhibit of Templeton’s work confronts the violent conflict between racial prejudice, institutional stagnation and the dynamism that propelled the figures surrounding the reading to fight for recognition as human beings through the end of segregation.

Templeton’s portraits, murals and sketches show a man aware of significance and capable of compassion. With broad compositions of Martin Luther King Jr. and Malcolm X, Templeton’s artwork doesn’t simply pity the struggle of these renowned Black leaders but captures their steadfast courage in admiration.

The exhibit, which is open throughout the month of February in celebration of Black History Month, is just one of the many events organized by Gateway City Arts. A prominent organization in Holyoke’s restored arts district, GCA plays host to both monthly events such as Drag Queen Bingo, concerts by local and national bands and other creative happenings. While the current political climate appears hostile to self-expression, institutions like GCA allow artists a space to present their work and build the future environment of optimism.

With all these inspiring factors coalescing one mild Sunday afternoon, events like this demonstrate the importance of having creative spaces for art and culture to be displayed and admired. Spots like GCA exist throughout the Pioneer Valley, and the creative artists who populate the spaces make up the marrow of expression.

Weaver’s reading was prefaced with a somewhat unscripted open mic with brief readings from audience members who answered the call. Lead by the exhibit curator, the poetry and prose created a kinetic emotion that seemed to ripple through the doors out onto the quiet streets. The gallery, which was spatially empty save for a few potted plants, was soon filled with a loving, spiritual aura that resonated off observers faces—including the ones that watched from the gallery walls. This aura lingered throughout Weaver’s words, and I suspect is still there waiting to be rekindled.

Gateway City Arts is holding a panel discussion with University of Massachusetts professors Saturday, Feb. 24, and the Templeton exhibit will close with a concert featuring Evelyn Harris, Samirah Evans and Marcia Gomes on March 3.

Edward Clifford can be reached at [email protected]