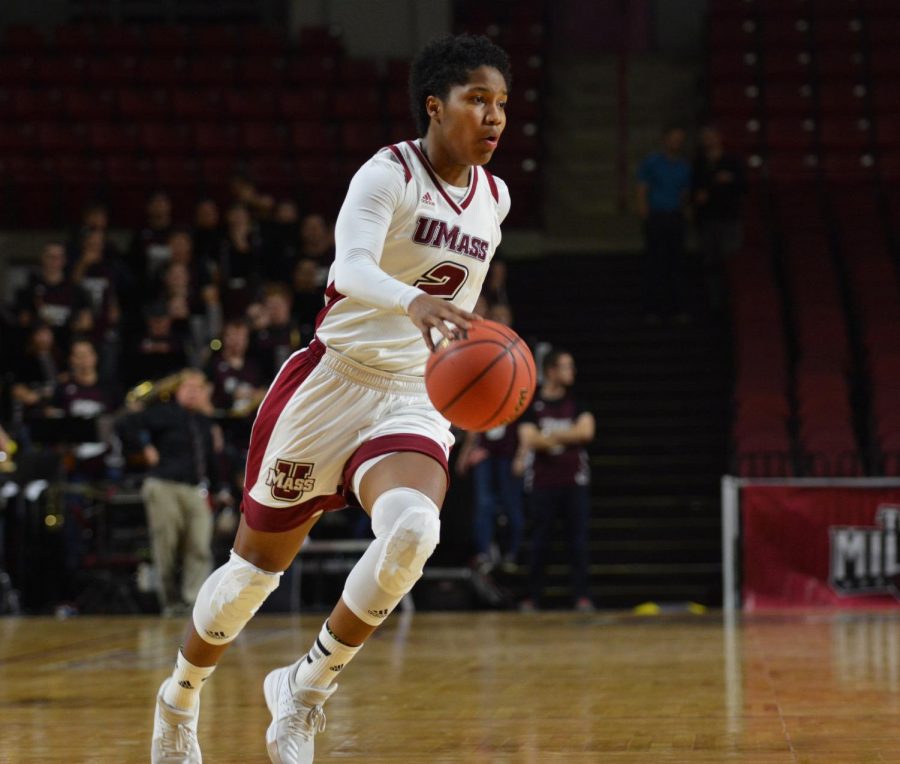 The Massachusetts women’s basketball team couldn’t get its offense going in a 51-39 loss to Richmond on Wednesday. Following a first half where they only scored 14 points, the Minutewomen failed to complete a come-from-behind victory late in the second half.

The Minutewomen (10-12, 2-7 Atlantic 10) shot a poor 5-for-28 in the first half, including missing all four of their 3-point attempts in the first half. Though their shooting effort picked up a little bit in the second half, they still finished the game shooting an inefficient 16-for-48.

UMass also only attempted ten 3-pointers in the game, and only two from Hailey Leidel, a top shooter in the A-10.

“We just didn’t get good looks,” Verdi said. “We didn’t do a good job of collapsing the defense in transition and getting the ball back to the perimeter, and we didn’t get the ball moving.”

After falling behind early due to their ineffective shooting, the usually stingy defense of the Minutewomen kept them within reach of the Spiders (9-14, 4-6 A-10). Paige McCormick entered the steal column early, coming off the bench and almost immediately picking up two steals in a row. Genesis Rivera also made an emphatic chase down block in the first half to stop a Spider fast break opportunity.

Though their early defensive efforts were evident, it seemed the Minutewomen’s play on the defensive end faltered after halftime. They could only muster two steals throughout the entirety of the second half.

The rebounding battle ended evenly, with Richmond tallying 36 boards to UMass’ 35. However, the much larger Richmond team made the most of their rebounds, tallying eight second chance points in the game. Richmond forward Alicia Hudalla was particularly a challenge to deal with for the Minutewomen, as she tallied 12 rebounds in the game.

A lone bright spot for the Minutewomen was the play of senior forward Maggie Mulligan, who tallied 17 points and 13 rebounds, good enough for a double-double. Though the senior has been relied upon less as a scoring threat this season, Mulligan still has the potential to put up big numbers from inside the paint.

Despite Mulligan’s play, Verdi was nothing but upset after the loss, citing effort as a main contributor to the team’s downfall.

“At the end of the day, we didn’t show up and didn’t play well today,” Verdi said. “Changing the culture of a program is not the easiest thing, but regardless we can control our effort every single day. But today we got outworked in every aspect of the game.”

The Minutewomen will have a chance to redeem themselves Sunday when they host La Salle.