One of 12 film Wolfram made at NC State 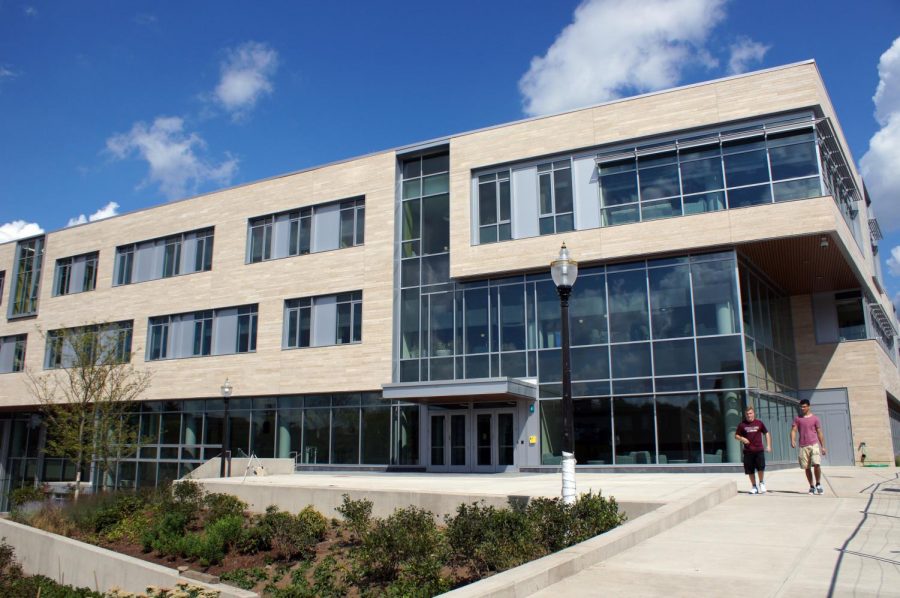 Students, faculty and Amherst community members gathered Monday night in an Integrative Learning Center lecture hall for a screening of “Talking Black in America,” a film by Professor Walt Wolfram of the North Carolina State University Language and Life Project.

The film brought up the history of what it called “African-American English” and discussed it within the lens of how the vernacular is used in the daily life of modern Black Americans. It was followed by a panel discussion and audience questions.

“I didn’t think about the way I talk until I saw this,” said Professor Nick McBride of the journalism department, a member of the panel who echoed the idea that African-American English is not a lesser version of common English, as many have historically treated it.

Wolfram mentioned this theme on screen throughout the movie, asking at one point why “people have a belief that African-American language is nothing but a collection of errors.”

As Keith Cross of the linguistics department at Stanford University also asked during the film, “What does standard English accomplish that these other versions of English don’t accomplish?”

After the event, Wolfram described the project as one that is “trying to take this message to the American public and educate them about English language variations.” This film is one of 12 that he has made at North Caroline State, but he added that this one in particular focused on “[showing] people that the speech of African-Americans has a lengthy history, it has a legitimate structure and has contributed greatly to the development of the American language.”

The film also described the different ways that language can be used within Black culture and communities, showing examples of how it factors into expressing oneself in hip-hop and religious preaching.

One of the main ideas the film addressed was that many people, African-Americans included, talk differently depending on who they are with. Professor Anna Branch, Associate Chancellor for Equity and Inclusion at UMass and a member of the sociology department, agreed, saying that “there are 40 million Blacks in America and 40 million different ways to be Black.”

The movie elicited passionate discussion amongst the audience during the panel session, who brought up questions of how language and culture interact in present day America. In response to a question, Wolfram strongly argued that K-12 schools should better address issues of language with young people.

Wolfram believes that spreading this film and message will lead to a better understanding of the intricacies of African-American English and its effect on common English and American culture. “I hope people will think about how they’ve viewed African-American speech and will consider…celebrating it rather than stigmatizing it,” he said.