We should actively advocate for expansion and improvement of public transportation 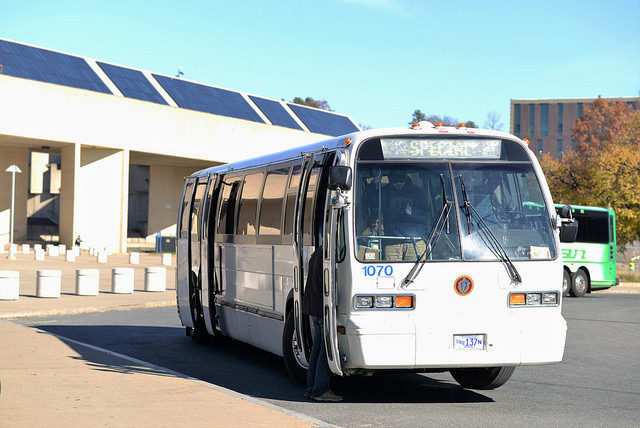 The 2018 budget that Massachusetts governor Charlie Baker signed cut the Pioneer Valley Transit Authority’s state funds from $23.5 million to $22.4 million. Because of this decrease in funding, the PVTA has recently proposed a variety of service changes. These include the elimination and reduction of various routes and numerous fare increases. These proposed service changes are notable because they target individuals who are dependent on public transportation—individuals without the physical ability or financial means to own or use their own cars.

One of the most significant groups they target are economically disadvantaged senior and disabled citizens. While the proposed service changes includes a regular five percent fare hike every three years for all passengers, they also include a $5 premium fare for individuals using transportation covered by the Americans with Disabilities Act and individuals requiring senior van trips from outside the federally required three-quarter-mile distance from a bus route. There is simply no justification for this increase. The people most prone to be affected by this service change are those who are already at both a physical and financial disadvantage. It is hard to overstate how dramatically their lives could be altered. Lacking the necessary money or physical ability, they may be rendered immobile.

Other proposed service changes appear less dramatic, yet are also inestimably harmful. The proposed changes to the B43 and 38 routes seem innocuous at first glance, yet will have wide reaching consequences—especially for the countless undergraduate and graduate students reliant on these routes. The proposed changes to the B43 route involve the elimination of Sunday service after 10 p.m. during the academic schedule and on non-academic “reduced-service” schedule days, while the proposed changes to the 38 route involve the complete elimination of Sunday service on non-academic “reduced-service” schedule days and the reduction of frequency from 40 minutes to 80 minutes after 8 p.m. during weekdays. Seemingly small changes like these can mean the difference between people being able to rely on public transportation and needing to own personal cars. After all, 10 p.m. is not 3 in the morning. It is entirely plausible for a person to need to be somewhere other than their home at one of these times—particularly if they are a college student involved in rehearsals, sports practices, clubs or school organizations. As public transportation becomes more and more limited, it becomes less and less of a viable option. This is problematic because many people, especially college-aged students, cannot afford cars and/or do not drive. This places them in a virtually impossible situation. Considering that 40 percent of UMass’ 23,373 students live off campus and many of them do not have the means to drive themselves, this is not a small group of people.

Yet even people with cars should be concerned about the proposed PVTA service changes. While, currently, countless people in the Five College area (including those with cars), use PVTA buses to commute to and from work, the more PVTA services are reduced, the less likely commuters will be to use them. And when these routes stop being frequently used, it is likely that they will be eliminated. So, here is the question we need to ask ourselves when lack of use leads to a bus route elimination: Was the route unused because it was unnecessary or because it was too infrequent and inefficient to be reliable? In many cases, it will be the latter.

Currently, public transportation in the Five College area, while lacking in certain respects, is very good. It should be self-evident that any reduction to it is harmful and that we should defend its preservation. But, beyond just that, we should actively advocate for its expansion and improvement, not just in this area, but throughout the United States. It’s hard to think of another single social structure that has the capacity to fix so many political and social problems in one fell swoop. Public transportation improves socio-economic mobility, has a positive impact on the environment, improves safety and makes commuters happier. We cannot view it as the domain of those too old, too young or too poor to drive; we need to view it as an integral part of a functioning society. Anybody who cares about improving quality of life should care about improving public transportation.