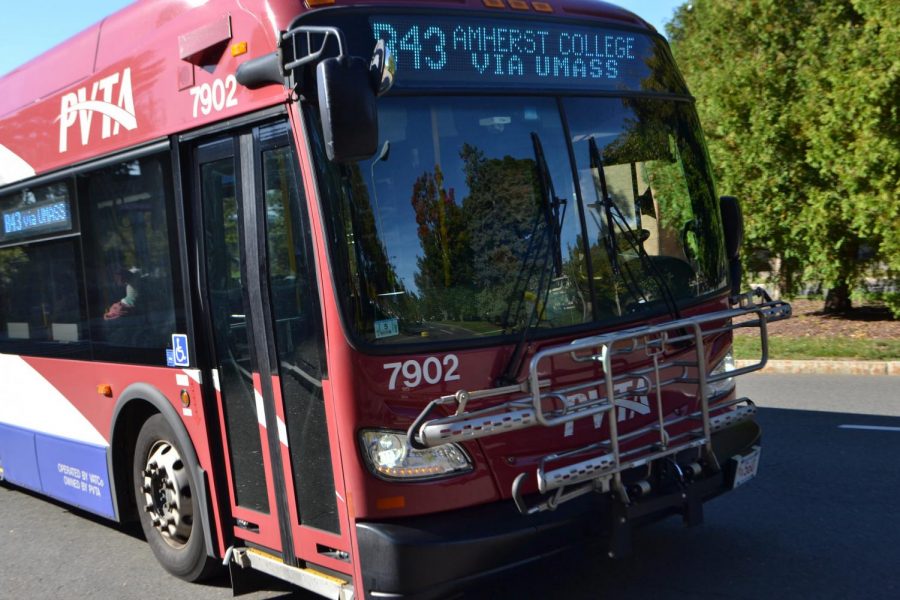 The Pioneer Valley Transit Authority has proposed a 25 percent increase in fares and pass prices, in addition to route cutbacks, all to begin July 1.

The Springfield-based PVTA was advised by the Massachusetts Department of Transportation to expect level funding of approximately $80.4 million. This creates a budget deficit of $3.1 million for the 2019 fiscal year, and the PVTA is unable to maintain current service levels, prompting the proposals.

“I hope that by continuing to share information early and often, we can work together as advocates to secure the level of public transportation funding that PVTA and all the Massachusetts regional transit authorities need to service our customers efficiently and equitably,” said Sandra Sheehan, PVTA administrator, in a press release from UMass News & Media Relations.

As reported by MassLive, PVTA wants to charge a $5 premium fare for Americans with Disabilities Act and senior van trips outside of the federally required three-quarter-mile distance from a bus route.

Additionally, the proposal includes regular five percent fare hikes every three years to accommodate future fiscal changes. If the plan is approved, an adult fare would increase to $1.85 in 2021 and $2.10 in 2024.

In the summer of 2017, PVTA received a decrease in funding from the state budget, prompting route changes in the Amherst area with “direct implications on the University of Massachusetts and fellow five college attendees,” as previously reported by the Massachusetts Daily Collegian.

MassLive coverage of the summer 2017 route changes explained the budget conflict, saying, “PVTA…needs a budget of $48.2 million in fiscal 2018 to maintain all services and keep up with higher costs of fuel and wages. Its FY17 budget was $47 million.” The article also noted that Governor Charlie Baker’s fiscal 2018 budget cut the PVTA’s annual state stipend by approximately $100,000.

“Funding for the PVTA comes from federal, state and local governments and farebox and advertising revenues. The cities and towns that are served by the PVTA pay an assessed amount, depending on the number of fixed route miles and paratransit passengers served in that city or town,” according to the PVTA website.

Public comments may be submitted until March 14, by mail, email, phone or through the PVTA online comment form before a final decision on the proposals is made in April.

PVTA will also have several public hearings concerning the proposed changes in the upcoming weeks, including a March 1 meeting, which is being held in the Murray D. Lincoln Campus Center, at the University of Massachusetts Amherst, from noon to 2 p.m.