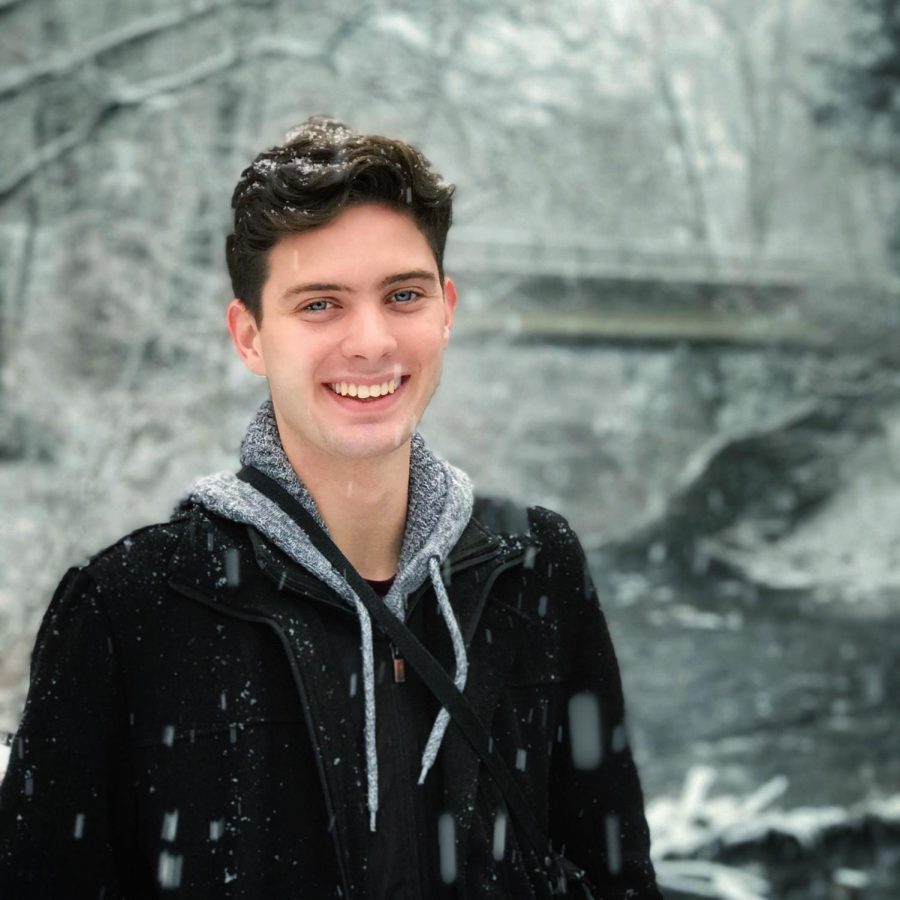 Below is the transcript of a question-and-answer interview with Mullen in preparation for the SGA debate on Monday, Feb. 19 at 6 p.m. in the Commonwealth Honors College events hall.

Why did you choose to run for Student Trustee?

Kevin Mullen: While working at Craig’s Doors, a homeless shelter on North Pleasant Street, I had the pleasure to meet many wonderful people. I talked to one client who has been homeless for 30 years and for confidentiality reasons I cannot go into much detail about them, however after asking what could have prevented them from their path to homelessness they explained to me how continuing school and earning a college degree would have prevented the events which led them to becoming homelessness. I was heartbroken to hear their story and further understood the real importance of a college education. To some, a college education is an inevitability. It’s a given that they will be able to pay. They don’t have to work two jobs or worry about helping their siblings get through high school and go to college. They have time to study and receive high grades which makes it easier to get higher paying jobs and go to graduate school. They see education as a collection of books, classes and tests because they always had what education gives to others. To the others, a college education is a slippery ticket that can blow away in the wind the first instance they take their eyes off it. Without constant attention to their jobs, their school work, and their home life they could lose their only ticket to a good job and a career path out of poverty. The real importance of education isn’t knowledge, but opportunity. Education gives opportunity to those who can scarcely find it and this is why I look to become student trustee. I want to help anyone who sees education as an opportunity to take full advantage of it.  I find it necessary that I do everything in my power to keep those holding their ticket to a better life from having it ripped from their hands by the bursar’s office because of the ridiculous tuitions hikes and funding cuts we’ve had for the past 20 years.

What are your strongest qualifications as a candidate?

KM: I am a firm believer in the positive effect college education has on people and society both in economic and social terms and I have a track record to show it. I work on the CEPA campaign to lower higher education costs, which is helping run an advocacy day on March 5 where students will be going to the state house to demand lower tuition rates and support the bills which were proposed to do that and also needs supporters and so if you want to pay less money for tuition I’d recommend anyone reading this article to join. I am also currently working at an internship for an organization called “All Special Kids” where I am helping develop a program to give special needs young adults the opportunity to learn professional and life skills through an internship and community living program. I am currently developing a senior project to analyze the costs of special needs education in elementary and secondary school systems to determine if an insurance pooling system would create a more stable and less severe financial burden to support students with special needs. As a math major concentrated in statistics I tend to get very technical when looking at policies and their effectiveness. I guarantee that if I become the trustee I will not fail to support my ideas with statistics and proof of concept which is required of an effective trustee in any attempt to persuade the board members.

KM: I intend to join the committee on administration and finance as well as the committee on academic and student affairs. Because I would be a nonvoting member of the board I would mostly be speaking to the board members about the concerns I have for the rising costs of tuition year after year far above the rate of inflation. I would also seek to guarantee that the UMass endowment is divesting fossil fuels which has been promised to the public but not yet shown to have happened. I would also look to increase the wage of campus jobs performed by students while trying to reduce the administrative costs which have been sky rocketing upward in the past 15 years. I also would look forward to helping students with their individual concerns which I would love to hear during open discussions and office hours throughout the year and voice those opinions in the board meetings and particularly in the committee on academic and student affairs, where I would assume most concerns students would have would be handled.

As the representative of the UMass campus, how do you intend to communicate with the student body?

KM: I will also hold a morning time open discussion every week to have breakfast and listen to the opinions of students with any concerns or comments on board policies as the last student trustee has done. I would also of course go be present at SGA meetings to hear what the student government has to say.

KM: My platform focuses on making UMass tuition more affordable while other campaigns are focusing on funding for student groups which I believe would be taking money away from places like lower tuition and higher wages for students which I find to be more important.

KM: I believe candidate Kearns’ work with preventing the cuts to PVTA was a good contribution to help lower income students.

Responses in the question-and-answer were received over email, as Kevin Mullen is currently studying abroad.