Yemen: a state in crisis and catastrophe 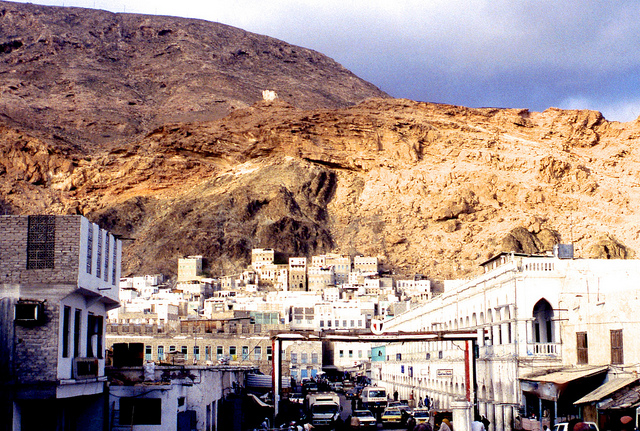 The event, held Wednesday afternoon in the UMass Campus Center, included Jillian Schwedler, professor at the City University of New York, and Stacey Philbrick Yadav, professor at Hobart and William Smith Colleges. Schwedler is a UMass alumna and editor of the book “Understanding the Contemporary Middle East.” Both panelists are considered leading experts on Yemeni politics.

Mednicoff opened the panel with questions they hoped to answer throughout the discussion.

“What should we all know about Yemen? What are the broader social and political forces behind this crisis?” Mednicoff asked. “What does the Yemen conflict mean to the United States? Are there ways that Americans or the American government could actually be useful in this conflict?”

Philbrick Yadav immediately began her analysis of the crisis in Yemen by citing a Jan. 26 report from the United Nations Panel of Experts on Yemen, saying, “After ‘three years of conflict, Yemen as a state has all but ceased to exist.’”

“The war is at a current stalemate,” Philbrick Yadav added. “There are really no good options. There are less worse options from the perspective of Yemeni civilians.”

In 2014, Yemeni rebel forces known as the Houthis, with the help of former Yemeni president Ali Abdullah Saleh, overthrew the acting government and conquered the capital, forcing the newer president Abdrabbuh Mansur Hadi to resign and flee. Since then, many of the urban developments in the country have seen battle first-hand. Saudi Arabia, through military support of the Cabinet of Yemen, the internationally recognized Yemeni government and various other militias have gotten directly involved in the war, competing for control of the different fragments of Yemen.

Schwedler added that even though the government has remained largely silent about the matter, Trump has openly shown support for the war through increased contracts and deals with Saudi Arabia and its coalition in Yemen. According to her, this provides the U.S. with direct income and jobs.

The situation in Yemen is commonly described as a humanitarian crisis and catastrophe. The  U.N. report that Philbrick Yadav mentioned suggests 60 percent of civilians have inadequate food. Half of the population doesn’t have access to safe drinking water or sanitation, including in the countries capital. Malnutrition has increased 57 percent since the start of the war.

Before the war, Yemen was far from being an advanced society. Schools and electricity were not widely accessible, and now, they are even worse.

“The education system has been severely disrupted. You have an entire generation or generations that are going to grow up without education,” Schwedler said. These are just some factors that will eventually inhibit post-war reconstruction.

“It’s important for you to know that [post-war reconstruction plans] are happening,” Philbrick Yadav said. “There are negotiations that are attempting to secure private sector prerogatives for major Gulf countries.”

She added that the former government, with help from neighboring countries, hopes to form a “network of alliances” to rebuild the nation. Contracts would be made with private firms across Yemen, reconstructing their entire nation one building at a time.