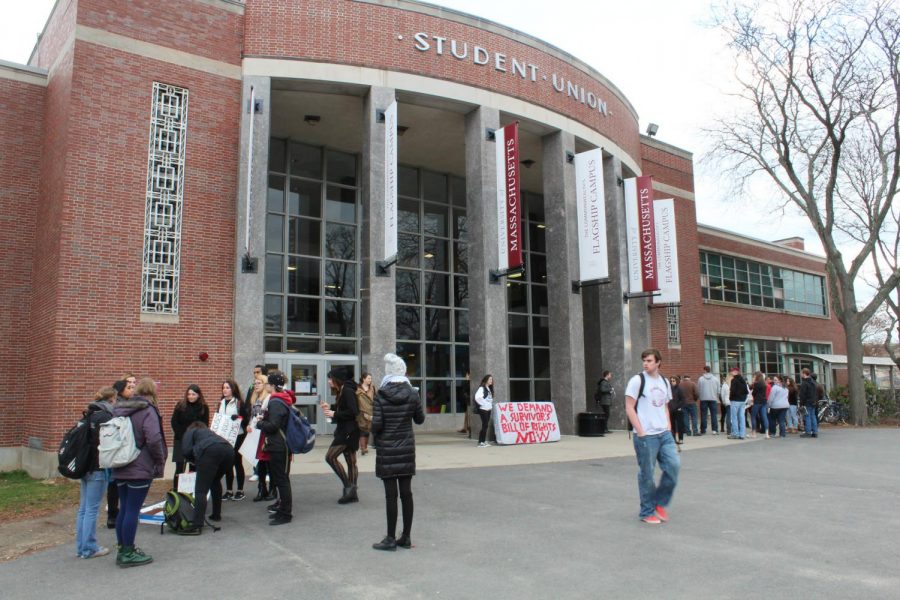 By Gretchen Keller and Chris McLaughlin

On February 5, 2018, the Student Government Association passed a motion that endorsed a letter about a misrepresentation of cultures within the dining commons of the University of Massachusetts. The motion passed with an overwhelming majority.

The dining commons of UMass have widely promoted the upcoming “Chinese New Year” for several weeks. The holiday will take place this Friday, Feb. 16. This year is the “Year of the Dog,” according to the twelve-sign rotation of the traditional Chinese Zodiac.

The use of “Chinese” rather than “Lunar” in the UMass dining commons has been a sore spot for students of various Asian-based cultures who felt the term was limited in terms of inclusivity.

Vice-Chair of the Social Justice and Empowerment Committee and the Academic Oversight Committee Esther Oh expressed concerns from students about the term usage and traditional Asian attire worn by employees in the letter.

“Students have additionally voiced concern about the exoticization of cultures in several instances: the process by which employees wear traditional Chinese clothing during such events,” explained Oh. “The common appearance of UMass-embroidered traditional Japanese clothing by employees at the halls’ sushi bars, and the use of inauthentic recipes under the names of traditional dishes.”

When asked about the initiatives the dining commons is encouraged to pursue pertaining to the cultural appropriation matter, Senator Alexander Domanico, a public relations major in the School of Management, suggested that the UMass staff should embrace cultures more naturally.

“[The dining commons] should try to avoid cultural appropriation by recommending that employees find outfits that are more traditional and bring them to work if they can, instead of handing out stereotypical-looking clothing,” Domanico said.

For the dining staff’s future reference, a list of other cultural registered student organizations were included in the letter. The list was intended to encourage a better relationship between cultural RSOs and the UMass dining halls, to help celebrate cultural events more accurately and to prevent cultural appropriation.

Some of the cultural RSOs on the list included the Black Student Union, the Cape Verdean Student Alliance, Latinos Unidos, the Muslim Student Association, among others.

“We hope that Dining is considering our statements, and making changes accordingly,” said Cobi Frongillo, the Public Relations officer of SGA. “We plan on continuing the conversation and invite other motivated students to let their voices be heard.”

Naomi Lau, a freshman public relations major, greatly appreciates the changes the SGA is encouraging the dining halls to make when it comes to cultural involvement.

“I’m really happy that SGA is taking the initiative to get the dining halls to change the name of the holiday,” expressed Lau. “Although I happen to be Chinese, I really like the effort to improve the outreach and inclusiveness by SGA and the dining halls to make UMass a better community.”