The Wombats express wavering emotion toward love in new album 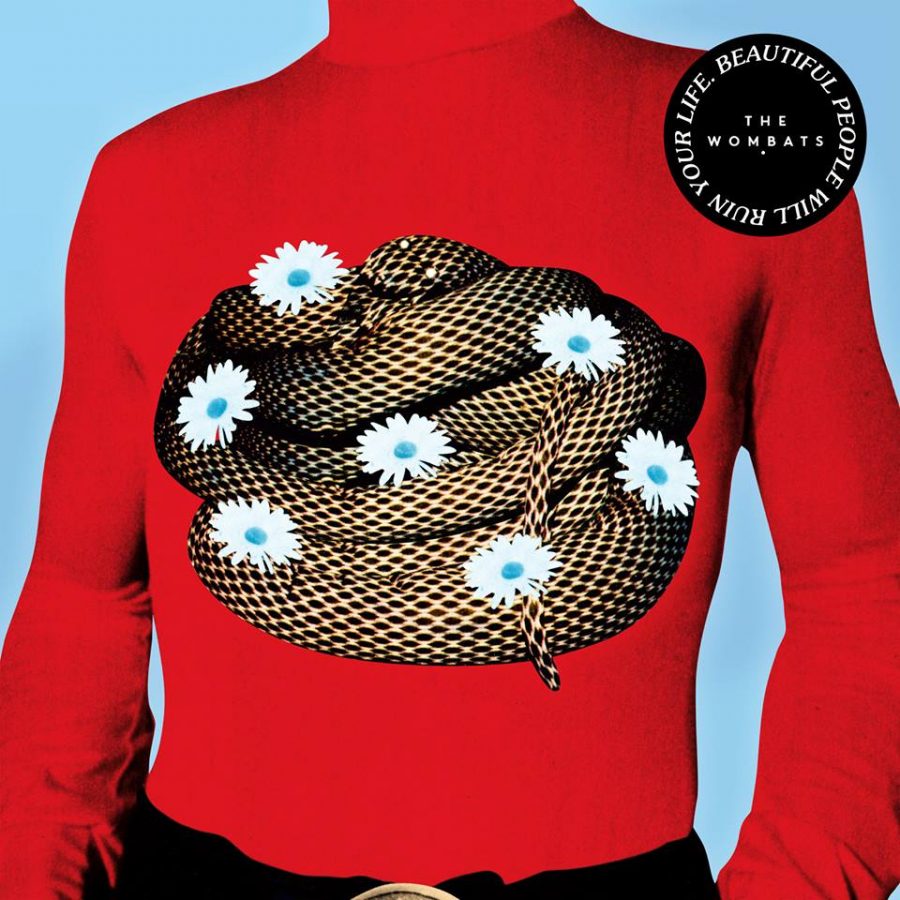 Liverpool based rock trio The Wombats is back on the rise with their release of “Beautiful People Will Ruin Your Life.” Following the individual drop of four tracks in the past few months, the full 11-track album was made available on Feb. 9, 2018. Best known for singles like “Let’s Dance To Joy Division” and “Moving To New York,” the group’s sound has endured great emotional maturity since their beginning over 10 years ago. The band recently finished touring the United States, including a date in Boston in January, and are currently travelling through the United Kingdom and Europe through winter and spring.

The album opens with “Cheetah Tongue,” a smooth tune that sets a tone of longing and optimism. It speaks about hoping for “the good stuff to last” and the natural human urge to not be alone. It can be inferred that this song, similar to those that follow, is about a budding romance with an uncertain future. A whirlwind love affair is depicted in the track; it is the perfect introduction to what follows in the album: stories of both passion and doubt in love.

“Lemon to a Knife Fight,” the first released single, made available in November, is a frustrated and vulnerable anecdote of passionate conflict. The song is an expression of a relationship gone sour. Lead vocalist Matthew Murphy sings “I push and you tend to shove/ I give in and you don’t give up,” indicating a struggle in attaining balance. The track’s sense of helplessness is like the waving of a white flag, a surrender to what once was and a hope that it may still be. Its heavy beats and gradual intensity make it the classic rock tune The Wombats are notorious for. The album still does not disappoint in including sounds different than expected.

Perhaps the shining star of the set of tracks is “Turn,” the second single, released in December. The straightforward yet compelling line of “I like the way your brain works” will enchant the lover of simplistic acknowledgments of affection. It is a lyric that, yet so unambiguous, is just what any person involved in romance wants to be told, and in itself shapes the song as playful and reminiscent. Numerous lines like these are woven into the track. Murphy confesses his desire to “get college girl drunk,” an indication of a need for a youthful experience without obligation or fear of conviction. It’s a nostalgic tune that transports listeners to a time of falling in love and having zero regrets.

The fifth track, “White Eyes,” contains a similar narrative to “Lemon to a Knife Fight.” A story of a toxic, yet much relished, romance is illustrated again. The song is an admission of a destructive affair. “You’re the coldest form of warm” is an indication of finding both misery and benefit in love. A tale of guilty pleasure is understood in this track, as notes of toxicity are realized yet overlooked because of a desire to maintain the euphoric feelings of love.

In a whimsical twist, we are given “Ice Cream,” which begins in a beachy sound that descends into a track you’d want to dance to. However, once the track continues, it becomes clear that it is more mellow than filled with energy. Like all others, the tracked is infused with high emotion and tones of frustration. Without a doubt, this song is designed for head banging. It is a song for letting loose, for finding recklessness amongst restrain. “Is it really such a thing as too much fun?” is a question posed in this song. This line alone truly epitomizes the free spirit of “Ice Cream,” which is a far cry from the many tracks on the album that focus on reflections of hostility in romance.

“Beautiful People Will Ruin Your Life” features the same rock anthem sounds the band is accustomed to, however lyricism is targeted quite transparently to the topic of love. Several tracks on the album consist of narratives that question one’s reason for being in a seemingly toxic relationship, and the recognition that such an affair is so reckless that it is addicting. A theme of being carefree in love is very apparent, making the set of tracks form together to become an all-around account of defiance in what is expected in a healthy relationship. The Wombats rightly make known their absolute rock flair through impassioned lyricism and musicality.

The full album is available for purchase on iTunes and streaming through Spotify.

Lauren Crociati can be reached at [email protected]