Students from across the globe seek to relax and connect 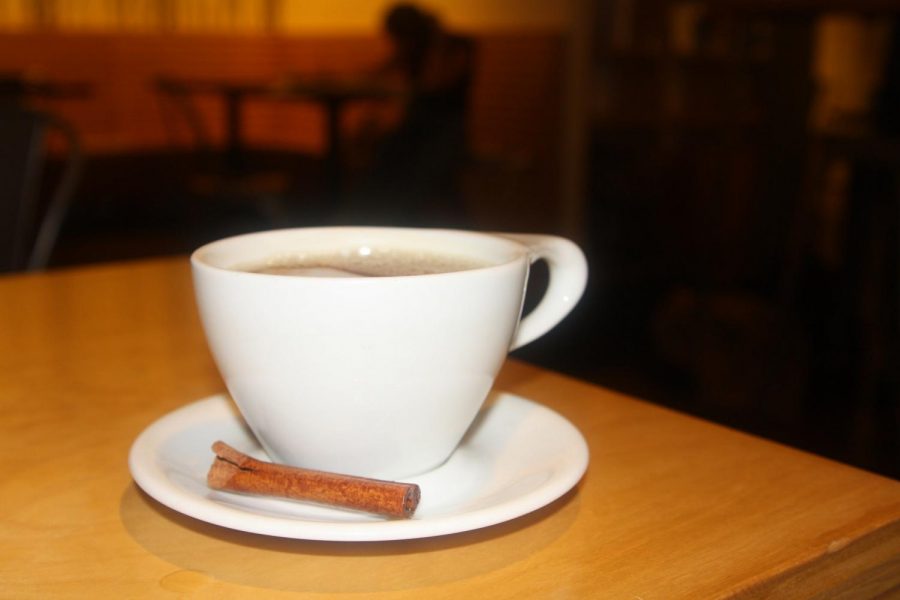 With home countries ranging from Colombia to Iran, roughly 40 international students at the University of Massachusetts students sat down for an informal coffee hour at the Blue Wall Cafe. While some sought to decompress after strenuous academics, others decided to bond over shared experiences.

The event, which was held from 4 to 5 p.m., Feb. 21, was part of the bi-weekly International Coffee Hour series. This is the third coffee hour of the Spring 2018 semester. The series is co-sponsored by UMass’ International Programs Office and Student Affairs and Campus Life.

“The ultimate goal is to have this as a social event, so everybody can forget about academics or immigration problems…and just come together and have a nice gathering,” said Kenneth Reade, the director of international student and scholar services at IPO.

“With that said, realistically, inevitably those sort of questions come up,” Reade added, noting that students come up to him during the event with questions about their own unique situations, including, “Can I travel this break because of my visa status?”

As UMass has a large population of Iranian students, Reade mentioned, pressing issues like President Trump’s travel ban are also brought up. But for Tehran-native Ali Kiaghadi, a graduate student studying electrical and computer engineering, the coffee hour allows him the opportunity to “chill” from his research and meet friends after work.

“I hang out with my friends and drink coffee,” Joorabchian said. “After a long day, it’s good.”

Joorabchian added that he usually talks “about our life, our situation, about our research and problems. For example, five minutes ago, we were talking about credit cards.”

Reade also aims for a more casual environment for the coffee hour series, saying his goal is to make the event “more empowering,” “less formal” and “not as intimidating.”

“I’m always looking to talk to people about soccer,” he added.

Felipe Quezada, a Chilean graduate student studying resource economics, said that he likes that the event enables him to meet people from other parts of the world and talk about “soft topics.”

“I use this time to get [relaxation],” said Quezada, who is in the process of studying for exams only a day away.

For Rosa Medina, a graduate student in the college of education whose home country is Colombia, the topics of discussion tend to be more serious though; among subject matters like the arts, languages and the different disciplines students study, Medina has also talked about the difficulties international students regularly face.

“It’s very difficult to be an international student and especially in the U.S., now with the political context,” Medina said. “There are many problems. There is racism. There are financial problems too…Also, cultural differences are very harsh.”

“But spaces like this are very useful because they help us create strong networks of support,” she said.