Championships will be held at URI 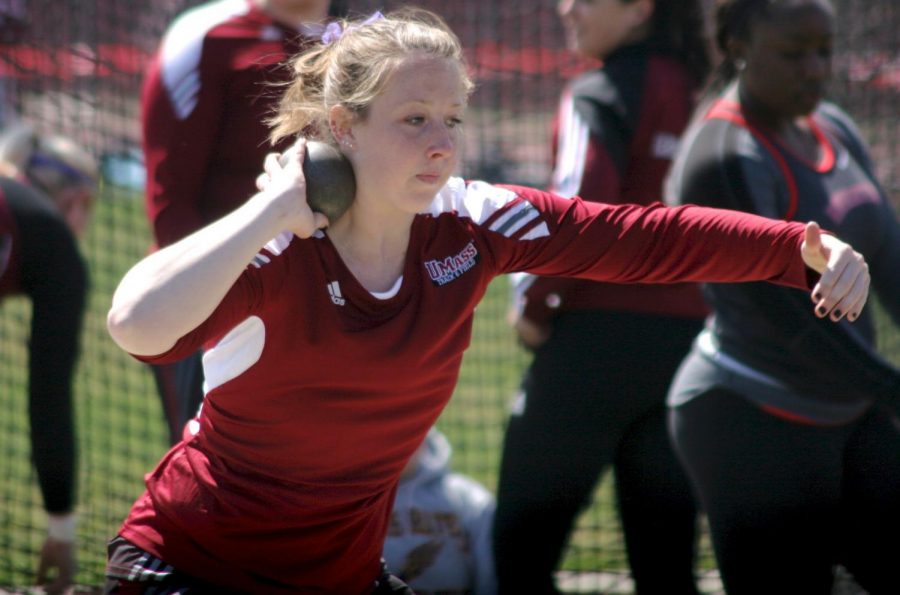 The Massachusetts men’s and women’s track and field teams begin its postseason schedule this weekend at the Atlantic 10 Championships on Saturday in Kingston, Rhode Island.

For the women, the largest contribution of points will likely be from the throwers. Freshmen Danielle Notarfrancesco and Lauren LaDere have been throwing incredibly well in their rookie seasons, with Notarfrancesco topping the school record that she already owns in the shot put.

The Minutewomen also expect redshirt junior multi Bridget Deveau to make a big throw in an open flight as she will compete in the pentathlon, open shot and open long jump events. Deveau is currently third on the team in the shot put, throwing about 42 feet, which is exceptional for a smaller multi like Deveau.

As for the jumps, sophomores Samantha Thompson and Jada Harris will lead the high jump, while sophomore Ashley Arroyo and freshman Jessy Iwuala will headline the long jump. Arroyo will also perform in the triple jump. All these underclassmen will look to make their mark in the conference and score big points for the Minutewomen.

On the track, UMass is missing junior Emilie Cowan due to illness. Cowan is known for her massive range between the short sprints and mid-distance.

Expected to step up is junior Charlotte Robison, who had a great run at the Coaches Tribute Invitational last weekend, running the fifth-fastest time in school history in the 60-meter hurdles. They will also look for the return of redshirt senior Heather MacLean, who will return to the track after missing last season due to injury. She is entered in four open events: the 800 meters, the mile, the 3,000 meters and the 5,000 meters.

With a young core, men’s head coach David Jackson expects his team to “come in and compete.”

“We don’t hope we’ll do this, or hope we’ll do that,” Jackson said. “We will compete our best and with that, I expect us to perform well and have a good showing on Saturday.”

As for the men, Jackson is looking for the same mindset as the women. Some great athletes who made a strong showing in last week’s unscored meets will look to come back and score big points when it counts. This includes John Chuma, who has been having the best pole vaulting season of his career; he looks to capitalize on last week’s 15-foot, 6.25-inch jump.

Jackson is also looking at the 60-meter hurdles as a big scoring opportunity for the Minutemen with junior Jake DeGrace and sophomore Noah Kortkamp leading the charge. He thinks both men have an opportunity to score based on their performances so far.

The Minutemen also have a nice distance core, who have been hitting their groove coming right off the cross-country season with sophomores Dawson Bathgate, Jackson Southard and Michael McDonald all running around or under 4:20 in the mile. Also expanding his distance will be Brian Gendron, who will be competing in the mile after setting a season-best 800-meter time of 1:51.71.

The meet will begin at the University of Rhode Island on Saturday, Feb. 17, at 9 a.m., and will be a two-day championship lasting until Sunday afternoon.