UMass softball gears up for another Atlantic 10 title bid 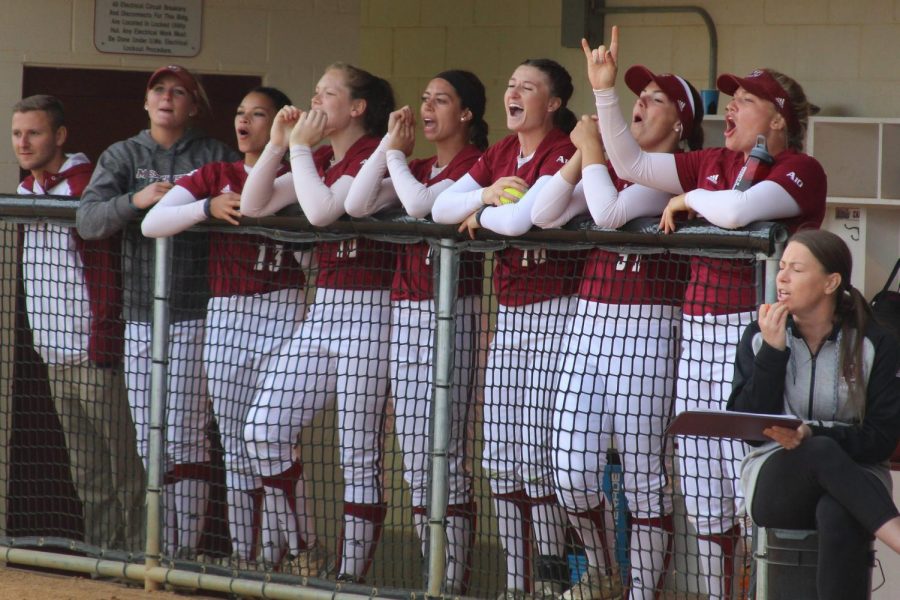 With its core group returning and a revamped pitching staff ready to make some noise, the Massachusetts softball team is poised to finish what it started in 2017.

The Minutewomen were a game away from an Atlantic 10 title last spring, but a heartbreaking extra-innings loss to Fordham in the tournament championship game cut the dream short. Nine months later, UMass is ready to make another run.

“From day one, I came in here when we had our first team meeting and said, this is it,” said senior Meg Colleran. “This is the group that’s going to do it. You could just feel it from the beginning. With the people that we had coming back, then the freshmen we had coming in, the energy has just been so much better this year.”

Colleran, a two-time first team All-Conference pitcher, is back to lead the pitching staff, flanked by sophomore Quinn Breidenbach and freshman Kiara Oliver. Forced to throw a bulk of the innings over the last two years, Colleran will likely get plenty more help this season, with Breidenbach’s improvement and Oliver’s emergence as a potential quality arm.

The pitching staff also packs a much bigger element of surprise this year, as the fastball-changeup-heavy Colleran is backed up by a deceptive, speed-changing hurler in Breidenbach and a fireballer in Oliver.

“With the staff we have this year, I feel confident that we’re going to be able to win a lot of games,” Colleran said. “Each of us does our own thing. I think having people that can do three different things is a huge advantage for us.”

UMass was agonizingly close to glory last spring, and the first thing the Minutewomen will tell you this time around is that it’s a different feeling this season, a different sort of chemistry.

“I think about it every single day, it’s amazing,” Stavinoha said. “Especially after this past weekend, going out and seeing how much everyone contributed… it just feels different. It’s hard to explain, but it feels right. It’s exciting, it’s a new feel, but we’re super pumped about it, and it shows every day. This really is the team that could put UMass back on top.”

“One hundred percent, I feel like this is the year,” said coach Kristi Stefanoni. “Last year, I was shocked we even went as far as we went. I didn’t think that core group could do what they did, but they found a way to do it, and we did it, and it’s gone. But there’s something special about this group of kids. I don’t know if it’s just the on-field and off-field chemistry they have with one another, I don’t know if it’s the experience… but this group, if they continue to do what they’ve been doing, and they don’t sit back and get too big about it, and keep their minds focused and their eyes focused on what their goal is, I think this group can do it for sure.”

After a tough opening weekend, the Minutewomen ripped off four consecutive wins in Madeira Beach this weekend, winning those four games by a combined 29 runs.

“I’m very impressed, the way we came into our own last weekend, especially offensively,” Colleran said. “At every position, they’re full team wins, we have people robbing home runs and making diving catches and playing hard. It’s really good softball to be a part of.”

UMass was picked to finish second in the A-10 Preseason Poll, and the obvious obstacle between the Minutewomen and conference supremacy is five-time defending champs Fordham, who earned nine first-place votes in the poll. UMass earned the sole dissenting vote.

The Rams are the favorites on paper, but the Minutewomen are far from afraid.

“I just think we’re always going to be the underdog in this situation,” Stacevicz said. “Since Fordham keeps winning the A-10, they’re going to be favorites. But we think we actually deserve that spot, and this is our year to do it.”

The road, both literally and figuratively, runs through Fordham. The Rams are not only favorites in the conference, but will host this year’s conference tournament.

“I think it’s definitely going to fire us up,” Colleran said. “Being able to beat someone on their home field, there’s always an edge there with that opportunity.”

The goals are simple; to improve on last year’s 29-24 record, and to finish what last year’s squad started, to walk into the Bronx and end Fordham’s streak of dominance on its own turf.

“We have nothing to lose, they have everything to lose,” Stacevicz said. “Us going in there and winning the A-10 on their field would kill them, and that’s putting a fire under each of our butts.”

UMass continues to play weekend tournaments for the next few weeks, before its home opener against Boston College on March 21.