Ads have a hold on us; how do we avoid them?

Advertisements are inescapable, but they can be ignored 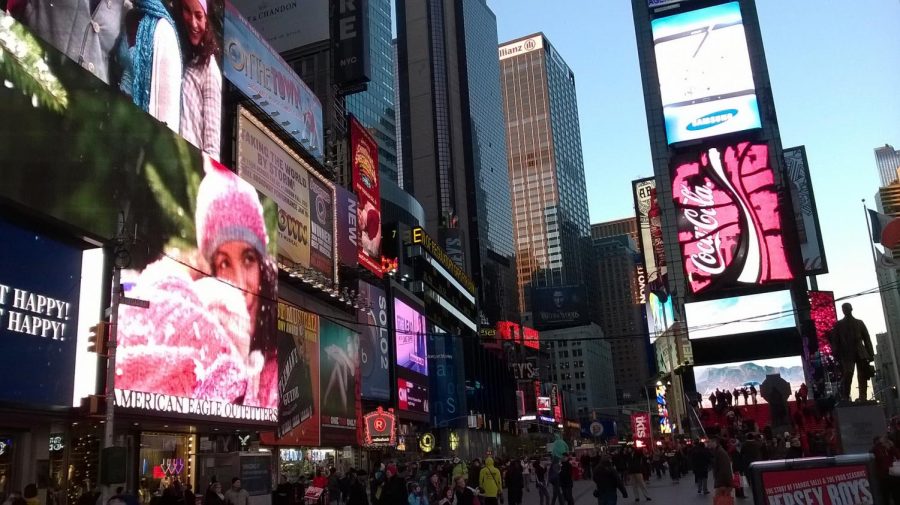 A few months ago, I had a banana for breakfast. My intention was to have a simple fruit to start my day. Avoiding packaged fruits allows me to separate from the long list of ingredients, health facts and color displays that don’t actually look like the food inside. I just wanted that banana, free of any words. Except, like in most situations, an advertisement found its way into my mind. A sticker on the peel depicted the Millennium Falcon and the words, “See the next Star Wars in theaters.” Disney, you just had to mess with my morning fruit, didn’t you?

Many of my friends saw my sadness at the sight of this as an overreaction. However, I couldn’t help but see the underlying problem behind this banana blasphemy: Advertisements are pretty much everywhere. It has become nearly impossible in America to escape marketing efforts. Whether it’s television commercials, radio, Snapchat ads auto-playing or anything else, advertising is ingrained into so many aspects of our lives. Even while relaxing on the beach, I often see planes with ad banners trailing behind them.

Looking first at TV, it has been shown that the average American adult watches around five hours of TV per day. Keep in mind that there are around 15 minutes of commercials per hour of regular programs. This means that the average American is watching over an hour of commercials every day from TV alone. This does not even account for all the other methods of advertising throughout the day. Checking social media, driving past billboards and browsing any website will yield even more exposure.

No wonder it is so difficult to track how many ads we see in a day. Estimates range from a few hundred per day, all the way up to 4,000. How do we ever expect to deal with an overload of information of this scale? Does it really seem effective for these companies to pour money into ads, or is it really just causing us to be constantly annoyed and stressed? When taking a look at the Wanamaker Paradox, it seems that there is the possibility that only half of advertisements are even close to effective, and of that half, it is likely that many purchases would likely have been made even without the advertising. Even the companies paying for all these ads aren’t sure if they work, and yet they have continued to invest in placing them anywhere and everywhere.

Fundamentally, advertising is an attempt to show us why a product is worthy for us to purchase. I can’t help but think of an early episode of Mad Men. When they propose marketing cigarettes as naturally made with toasted tobacco, they all agree that the label has no practical meaning. Any other cigarette company could have claimed the same thing about their product. Rather than a truthful attempt to show the perks of a product, often there is blatant manipulation. I am sick of feeding into the belief in products that will make me smarter, stronger and better looking all at the same time.

Additionally, my biggest annoyance with the ad bombardment is the way it takes over those around me. Every time I hear a conversation about Super Bowl ads that lasts longer than a few minutes, I’m disappointed that blatant commercialism can have such a hold on my friends and family.

Then there is the total complacency with unwanted ads. I have caught myself blankly watching YouTube ads over and over again. It seems incredible that the same commercial can play continuously across ten videos or ten shows, and yet the only reaction will be an eye roll. It just seems like such a colossal waste of time.

I can never escape ads. Other than becoming a mountain recluse, I am stuck with commercials and promotions. The best advice I can offer is to be aware of the ads around you. Recognizing when something is an attempt to sell you a product is extremely important. Try to give less credit and attention to the ads, and even avoid supporting companies that overuse them or present them in annoying places like on my banana. The only way to actually work against the advertisement age is to stop feeding into it.