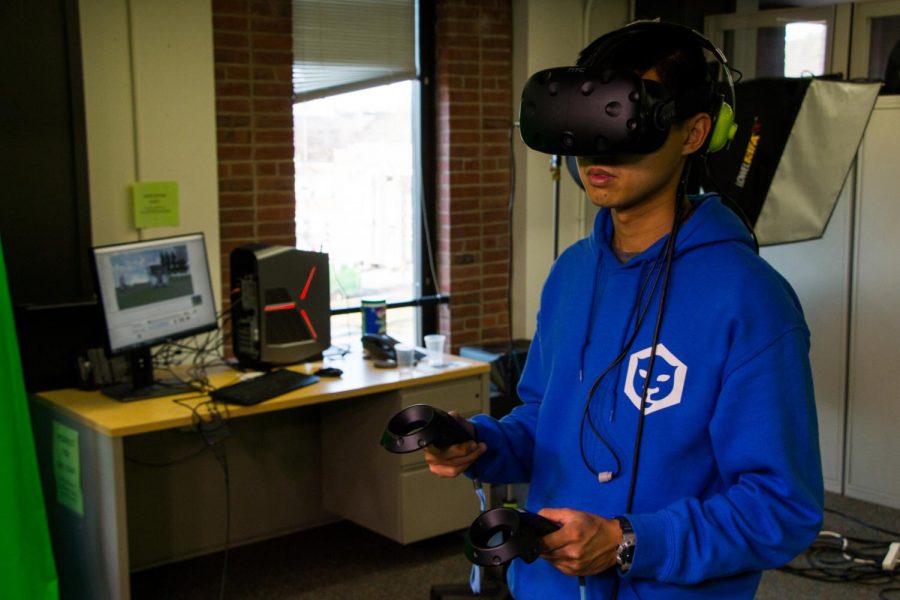 The W.E.B. Du Bois Library celebrated the 150th anniversary of its namesake on Wednesday, February 28 in part through inviting students on a Virtual Reality Interpretive Trail of the Du Bois Historic Site in Great Barrington, Massachusetts.

Hosted by the University of Massachusetts Digital Media Lab, I had the great fortune of experiencing the simulation for myself, walking through a green landscape dotted with interactive captions and pictures detailing the legacy of W.E.B Du Bois. DML Desk Supervisor Yuntian Hu, the creator of the project, presided over the event, helping first time users get acclimated to the controls while they explored the life of the famous writer, civil rights activist and NAACP co-founder.

The immersive walkthrough utilized HTC Vive technology and was my very first interaction with VR. I will not soon forget it, but for students also interested in new, developing technologies like Virtual Reality, UMass’ DML has more planned for the future to build excitement.

“Augmented reality–we’re beginning to make a start on that one, and we hope to have an installation in place soon,” Acquah said. “But at the moment, it’s just easier to launch with the Virtual Reality.”

As a demo, Acquah had placed pictures at multiple points around the floor of the DML that could be scanned with a smartphone. These revealed YouTube videos, images from stamp collections and other pieces cataloguing Du Bois’ history.

While waiting for an official AR installation, fans of VR will also have a chance to enter a competition put together by Acquah for a free HTC Vive. The idea comes just several weeks before the release of Steven Spielberg’s “Ready Player One” movie, based on the book.

“What we’re going to do is, our students, if you have the ability to use VR, what would you improve for what student engagement or student facilities on campus? Is there a way that you can make the student experience a whole lot better with VR?” Acquah said.

The lucky student who wins the competition will be the one that comes up with the best ideas for extending VR possibilities at UMass.

“We’ll take those ideas that the students come up with and we’ll see if we can develop something,” Acquah said, describing the next step of the process. “[We] can either [form a] partnership with the students, and maybe get them engaged in a way that they can design something that can be commercialized and really give students that whole [Internet Protocol] experience. We really want to try and support our students and faculty on campus.”