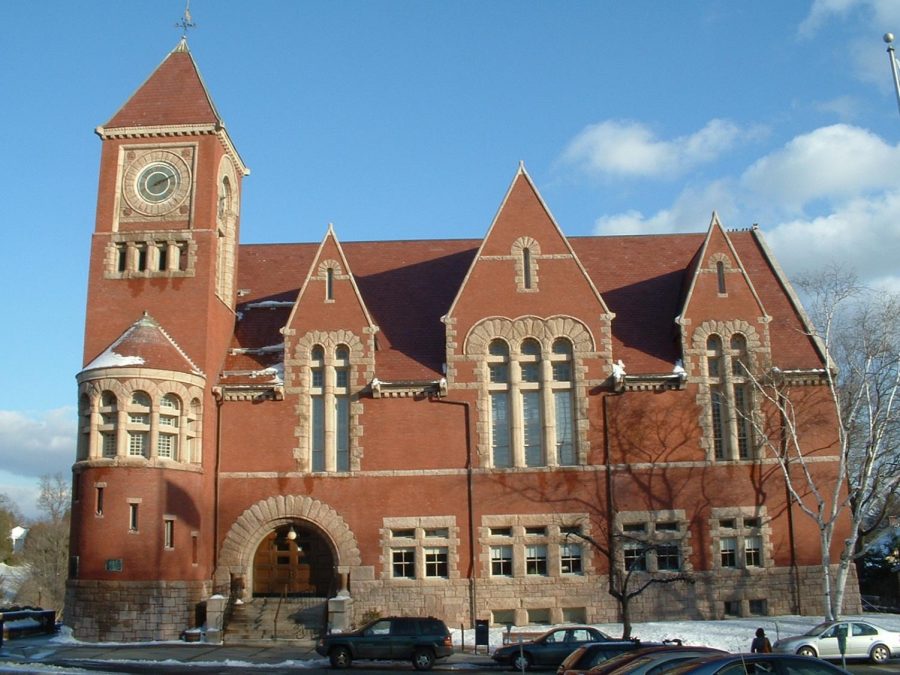 Amherst residents decided to usher in the new and do away with the old on Tuesday, voting 3,476 to 2,468 on a charter to change the town’s form of government to a 13-member Town Council/Town Manager form.

The election results were unofficial, as the votes did not include hand-counted ballots, nor several absentee and provisional ballots—only machine-counted ballots, according to Amherst Town Clerk Sandra Burgess. A spattering of races for local official positions were also on the ballot, including positions for town moderators, Town Meeting members, Select Board members, School Committee members and more.

Considering the town-wide divisions surrounding the charter, the proposed charter was the more noteworthy item on the ballot. Additionally, the current governmental structure, a Town Meeting/Select Board/Town Manager form, has been around since 1938, making the decision to do away with it a historic one.

“It’s really exciting that more than a thousand voters in Amherst joined 200 current and former Town Meeting member and all members of the Select Board to usher in a new wave of government for Amherst,” said Johanna Neumann, chair of Amherst for All, a group responsible for the major town-wide campaigning and advocacy work in support of the charter.

“We think it really moves the town forward toward a vision that all voters have a say in,” she added.

Polls were open across 10 different precincts from 7 a.m. to 8 p.m. Of the 21,056 eligible Amherst voters, 28.4 percent turned out to vote, an unofficial number, Burgess noted. Prior to receiving the election results, Burgess said, when asked about the election’s voter turnout, that “people have been busy [at the polls.]”

The process of searching for an alternative form of government began on March 29, 2016, when over 2,000 Amherst residents voted to form the Charter Commission. In a straw-poll held in December, the commission voted five-to-four to pursue a 13-member town council model to replace the current 240-representative town meeting model.

Andy Churchill, the chair of the Charter Commission, which proposed the charter, noted that the margin between the “yes” and “no” votes on the charter was a little more than a thousand; to him this number was evidence of larger town-wide support for the proposal.

“The community spoke loudly that it was time to move on from our 1930s-era Town Meeting and move into year-round decision making and knowing who your representatives are and at the same time keeping our Town Manager,” Churchill said. “We’ve got a lot of big challenges that are facing us, and I think it will enable us to have a better conversation town-wide to resolve some of those.”

For Gerry Weiss—a fellow charter commissioner, former select board member and resident of Amherst for 38 years, who had been campaigning for the past few months against the charter—election night was more saddening than exciting. Weiss said that he expected the results, noting that he and other advocates campaigning against the charter “didn’t do a very good job of getting our [SIC] message out.” Either that, he said, “[or] people don’t want what we want.

“I absolutely wished it hadn’t passed. I hope it’s not as bad as a change in government as I fear,” Weiss said.

Weiss noted too that town residents have “now witnessed the birth of political parties in Amherst.”

According to Neumann, who was celebrating with Churchill and other pro-charter advocates in The Pub in Amherst after the election results were released, Amherst for All’s fundraising was a more positive factor in the election than a negative one—a signal of the residents’ political involvement.

More than 300 people donated to the campaign, said Neumann. Additionally, the average campaign contribution was $67; no single individual gave more than $300.

Vickery is a local attorney, Amherst resident since 1999, as well as a former governor’s councilor for Western Massachusetts during Mitt Romney’s time as governor. Prior to the election results coming out, Vickery said, “Voters don’t have a meaningful choice when there’s only one name on the ballot,” noting that many Town Meeting members go uncontested during annual election.

When asked if he was happy that the charter passed, Vickery answered, “delighted.”

Elections for town councilors will be held in November, but until then, Churchill is hoping for some respite from all the campaigning.

Editor’s Note: Since its publishing, the article has been corrected to note that Douglas Slaughter, not Robert Greeney, won his race for the position of Select Board member. Additionally, the number of unofficial votes that James Pistrang won was previously incorrect and retracted.