‘Born to Run’ by McDougall exposes a different approach to training

Personal development is tied to improvement in performance 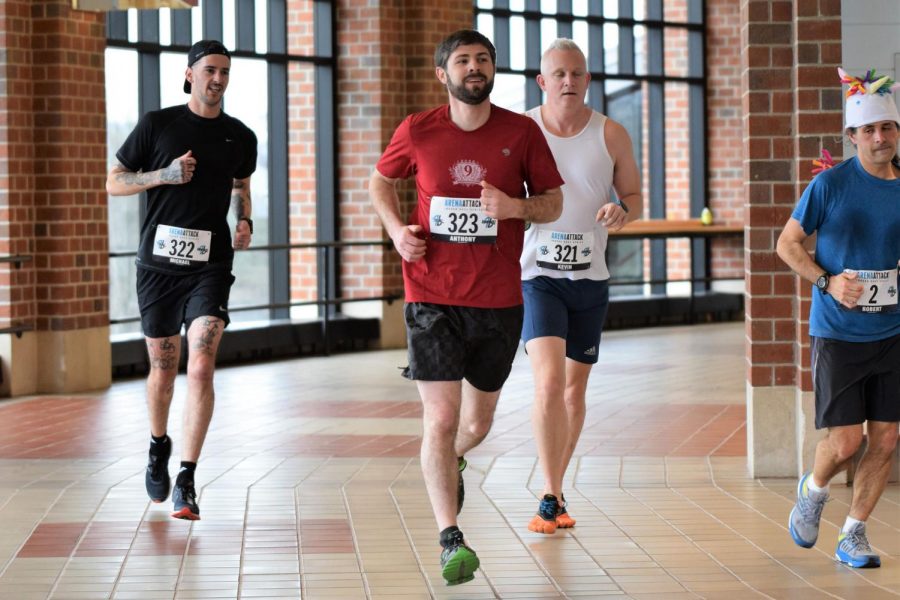 American culture is marked by consumerism — by marketing products that purport fulfilling our wants and needs immediately. This attitude is reflected in almost all aspects of our culture, including running. Running is a competitive means to an end in more ways than one: to win a trophy, a monetary award, a form of fame and glory or to lose weight and change one’s physical appearance. These are not inherently bad reasons to run, but most people that claim to love running also have their eye on another prize. Without that other prize (the real end goal), they would likely be running much less than they do.

People are great at the things they love because of the passion that drives their inclinations. This assertion is inherent in the contradiction that Christopher McDougall frequently mentions in his book, “Born to Run: A Hidden Tribe, Superathletes, and the Greatest Race the World Has Never Seen.” In recent decades, marathoners have gotten slower, not faster, despite supposed advances in technology and knowledge and the growing popularity of professional running.

For example, McDougall mentions a marathoner, Frank Shorter, who won the 1972 Olympic marathon gold medal. Shorter was one of several men who could run a 2:12 marathon, but 20 years later, there was not a single 2:12 marathoner in the country. Shorter recalls the simplicity of the running shoes in the 1970s and how often and hard they ran without much regard to recovery. McDougall writes, “They were so ignorant, they didn’t even realize they were supposed to be burned out, over trained and injured. Instead, they were fast; really fast.”

This ignorance McDougall refers to is in reference to the wealth of knowledge that is available today about running. Yet, it does not seem that all this knowledge about training and technologies have helped. Shorter and his peers did not begin running in order to compete and win — they did not use running as means to that end. Their love for the act of running in and of itself made them fantastic runners, and as a byproduct, they were able to win medals.

Among the best runners in the world are the Tarahumara, who love the simple act of running. They don’t do it for money, fame or any form of glory. McDougall writes, “When it comes to marathoning, the Tarahumara prefer more of a Mardi Gras approach.” The Tarahumara are described as drinking beer, dancing, laughing and socializing around races, treating them more as a celebratory event of life than anything else. The ones who race do so without stretching or warming up. They win no prizes. Those who come in first hardly get any recognition for it, never mind praise. Yet McDougall compares their running to watching humans come as close to flying as humans can. And despite their minimalist sandals and record-breaking pace, they smile while they run.

Love for running is embodied in Emil Zátopek, a self-coached Czech gold medalist whose first priority seemed to be run every day at least once. Even in army boot camp, Zátopek would run over 20 miles on winter nights in combat boots after a full day of training. Furthermore, he has been described by many to be a truly exceptional and selfless human being. Ron Clarke, another Olympian who later beat Zátopek’s record in the 10,000-meter race, remembers Zátopek giving him his gold medal after Clarke had suffered an embarrassing defeat. For Zátopek to give Clarke (a man who beat his previous record) his own medal at a low point in Clarke’s life was astonishingly meaningful. Zátopek embodied a man who cared little for himself in comparison to the well-being of others — an attitude that seemed to carry through his dedication and love for running whenever and wherever he could. Like Shorter and his peers, Zátopek did not need any fancy equipment to pedal dozens of miles; he only needed himself and his passion.

Zátopek loved people and loved to run; Jenn Shelton was a wild spirit who loved life and adventure. This love for adventure led to a love for running — and the fastest hundred-mile time ever recorded by a woman. “I thought if you could run one hundred miles, you’d be in this Zen state. You’d be the f—ing Buddha, bringing peace and a smile to the world,’” she said. Jenn tied running with a sort of divine trance that would help to make you a humbler and more loveable person. In photos taken of Jenn while running ultramarathons, she can be seen smiling through even the steepest and most treacherous stretches. She isn’t there to beat out a rival or hold or gain a sponsorship with a big-name company; her delight in the pure movement is unmistakable. “That’s what I love — just being a barbarian, running through the woods,” she said.

The Tarahumara and many of the greatest runners all share character traits. Coach Joe Vigil, a long-time runner dedicated to unlocking the secret to great running, strongly believed that the ability to love and the ability to love running was the distinguishing factor that separated the best of the best runners. Vigil recruited a mediocre college runner, Deena Kastor, to experiment with. “Posted on the wall of Vigil’s office was a magic formula for fast running that, as far as Deena could tell, had absolutely nothing to do with running,” McDougall wrote. Vigil would push Kastor to not only train her running, but also to “improve personal relationships” and to “show integrity by giving back.” Vigil did his best to create a mini bubble of Tarahumara culture and to build Kastor’s soul along with her strength.

Kastor went on to break United States records and was the first American to win an Olympic medal in the marathon event in 20 years. Vigil successfully turned the average competitive college runner into a champion through an addition to his traditional training: spiritual training. Vigil, Shorter, Zátopek, Shelton and the Tarahumara demonstrate that it takes more than just bodily strength to become a great runner. Both the mind and body must be in harmony to love the sport for the sake of running.

McDougall’s journey through the drug-controlled territories of Mexico and into the Tarahumara’s treacherous canyons resulted in an astonishing epiphany. He realized that running is about more than just the miles you run. Based off my own experience, I firmly stand by the theme of this book. Many people see running as a necessary evil in order to stay trim or stay heart healthy: only a means to an end. What a lot of people do not do is try to enjoy running for what it can be: a beautiful culmination of human locomotion refined over the course of tens of thousands of years in the human evolutionary development. Our culture puts a negative spin on running and represses the natural instinct to run. Other cultures around the world, especially less developed ones, still see running as a natural response to many different emotions. Happy? Run because it feels good to move freely, skimming over the ground. Angry? Sad? Run because it helps to ease the pain and get in touch with your more natural self.

Running is about the attitude you associate with it. Begin a run with a negative attitude, and it will not be enjoyable. Don’t worry about the time and pacing; a good pace will come when you’re not thinking about it. Run because you want to enjoy the feeling of the wind on your cheeks, your legs swinging beneath your hips, the ground underneath your feet. Run because you can.