Cutler looks to find the reasons for and solutions to high healthcare costs in the U.S. 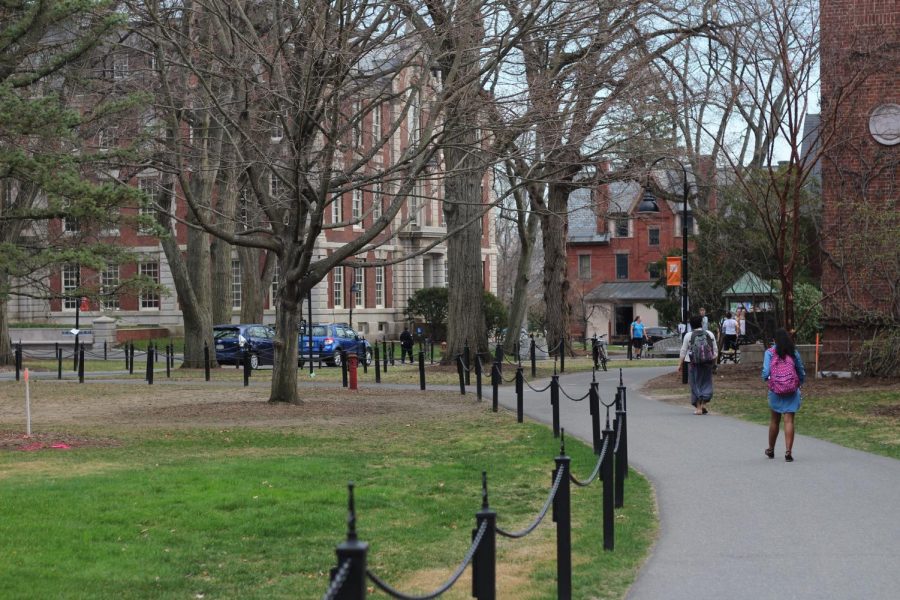 By Will Mallas, Collegian Staff

David Cutler, the Otto Eckstein Professor of Applied Economics at Harvard University, spoke at Smith College on Monday about the political and economic efforts to lower the cost of health care in the U.S.

Cutler’s talk, titled, “Health Care in America: A Play in Two Acts,” was structured like a play, where it was divided into two separate acts. The first act focused on the politics of passing health care legislation, and the second act focused on the reasons for and solutions to high medical costs in reference to the logistics of how hospitals and medical care processes are conducted.

In both acts, Cutler repeatedly emphasized how cost remains the most significant problem in the health care debate and is one of the major factors in how the public perceives health care or health care policy.

In the first act, Cutler outlined the goals and aspects of the Affordable Care Act, one of the signature pieces of legislation passed by the Obama administration. Cutler, the senior health care advisor to for the Obama presidential campaign, was the one of the chief architects of the Affordable Care Act, also known as “Obamacare,” which was eventually passed in 2010.

According to Cutler, the Affordable Care Act had two primary goals it sought to achieve in order to help fix the U.S. healthcare system.

Cutler said, “Number one is it is an attempt to try to give insurance coverage to essentially all Americans. Prior to the Affordable Care Act, about 15 percent of Americans did not have health insurance coverage; the idea was to bring that down to close to five percent…The second goal was to try to reduce the amount spent on medical care.”

However, Cutler pointed out that the goals he mentioned are common among individuals regardless of political affiliation.

“There wouldn’t be any disagreement about these goals,” Cutler added, “so regardless of your point of view on the Affordable Care Act or not, essentially nobody would disagree that these are good goals.”

Cutler went on to mention the aspects of the Affordable Care Act that would help the bill achieve these goals, which included restrictions on insurers charging more for the sick than the healthy, a mandate that required American citizens to buy health insurance and subsidies for low-income individuals who could not otherwise afford healthcare.

In addition, Cutler outlined sections of the Republican repeal plans that looked to remove and find an alternative for the Affordable Care Act, including allowing insurance companies to offer less generous plans to the healthy, repealing the individual mandate and limiting the number and extent of subsidies given out.

In the second act, Cutler emphasized the causes of high costs of health care in the logistics of the healthcare business.

According to Cutler, about one-third of medical spending does not go to increased health of individuals. Cutler noted that such spending goes to a variety of different costs, such as unnecessary services, excessive prices and even fraud and abuse within the health care industry.

Deborah Haas-Wilson, the Marilyn Carlson Nelson Professor of Economics at Smith College, also cited hospital mergers, the coming together of hospitals to form one larger hospital system, as a reason for increased medical prices.

Cutler also gave a variety of solutions that may help lower health care costs, including explicit rationing of resources to reduce waste or unnecessary costs, greater investment in health promotion and reforms to the payment systems in hospitals.

Following the talk, Cutler answered questions from the audience. During the question and answer section, Cutler gave advice to future Democratic candidates on how they should campaign on health care.

Cutler said, “If you said to me, ‘What advice would [I] give to a Democrat who is thinking of running in 2020,’ I would say forget about talking about single-payer because what you need to do is not have a discussion about who is going to pay [for medical costs], what you need to have a conversation about is how we are going to have a full-frontal attack on the costs of healthcare.”

Van Nguyen, a senior double major in economics and computer science at Smith College, felt the talk gave her a new perspective on the issue of health care.

“It has made me think more about how to approach the problem with healthcare,” Nguyen said, “and how to think about the differences in the healthcare system between the U.S. and other countries.”

Will Mallas can be reached at [email protected]