The competition is held at over 600 institutions worldwide 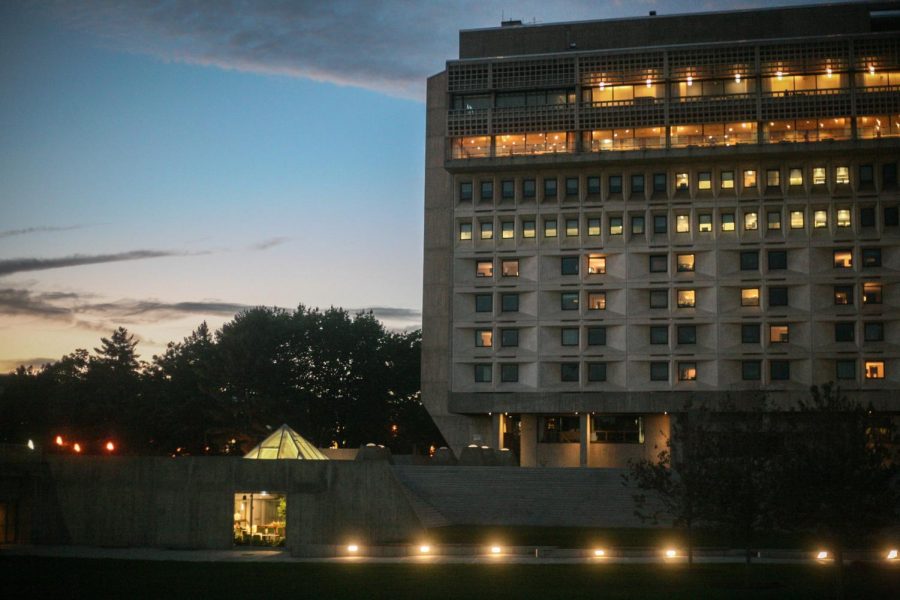 Ten finalists from several departments across campus competed in the final round of the University of Massachusetts Three Minute Thesis in the Campus Center Auditorium on March 2.

The 3MT competition challenges graduate students to present their thesis in under three minutes using one static slide, according to Dr. Heidi Bauer-Clapp, Assistant Director of Grants and Fellowships in the Office of Professional Development in the UMass Graduate School.

“This event was first organized in 2008 by the University of Queensland. Since then, these competitions have become a global phenomenon held at over 600 institutions across the world,” Clapp said.

“Competitors are judged on two criteria: ‘What do they say?’ and ‘How well do they say it?’ Our judges are looking for speakers who clearly explain what they do, how they do it and why that work matters without getting too technical or relying on a lot of prior knowledge from…the audience. They’re also looking for engaging, effective speakers,” Clapp said.

According to Dr. Barbara Krauthamer, Dean of the Graduate School, “The Three Minute Thesis Competition began this year with a series of preliminary rounds which included a total of 44 graduate students who represented eight schools or colleges and 28 graduate programs across campus. Two finalists advanced from each preliminary round.”

Monika Roy from the environmental health sciences department won first place with her presentation “Emerging Water Pollutants: What a Headache!” Roy received a $1,000 prize and the opportunity to move on to the regional competition. Roy’s research looks at the impact of the breakdown of chemical ingredients in things like paints and plastics, known as water pollutants, a currently unregulated group of pollutants.

According to Clapp, “The winner of our campus competition advances to a video-based competition that’s held at the regional level with the Northeast Association of Graduate Schools.” The Fine Arts Center provided two tickets to each finalist.

One of three finalists from the Food Science department, Yiren Yue, was a runner-up with her presentation of “Bioactives, Worms and Obesity.” Her research examines the impact of bioactives, found in foods such as cranberries, on preventing disease. She claimed a $500 prize.

The People’s Choice Award, an award determined through a voting process by the audience members, went to Xiaoqiong Cao, also from the food science department, whose presentation was “Nanoparticles in Our Food: Safe or Not.” Cao’s research seeks to determine the potential harmful effects of nanoparticles found in compounds like titanium trioxide, a whitening agent in chewing gum. She took home a $500 prize.

Emma Grazier, a first-year Ph.D. student in the resource economics department, attended to support Paudel, another student in her department.

At this year’s competition, Krauthamer filled in the gaps between each speaker, giving the judges time to compile their notes, with facts about the Graduate School and stories about its alumni.

Kit Straley, a Ph.D. candidate in organismic and evolutionary biology, competed in last year’s competition as a finalist. She considers this a unique competition because, “often as you get higher up, especially in the sciences, you can get entrenched in your niche.” Since she found the process useful, Straley joined the 3MT Graduate Student Organizing Committee this year to try to improve the competition.

“As you’ve already seen from our Three Minute Thesis finalists, UMass produces students who are pioneers in their fields. Our current graduate students will join alumni who have broken intellectual, social and cultural barriers and worked to improve the conditions of people’s daily lives around the world,” said Krauthamer.