UMass looks to build on strong start away from home 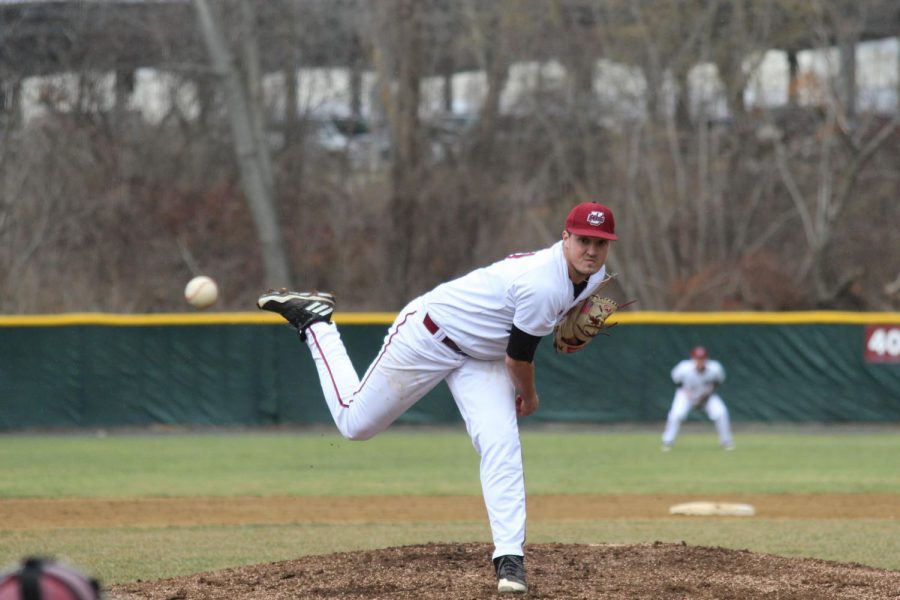 The Massachusetts baseball team will play its first home game of the season on Friday, as the Minutemen host St. Bonaventure for a three-game series this weekend.

UMass (8-6, 1-2 Atlantic 10) canceled its scheduled home opener on March 20 due to low temperatures, but on Friday the Minutemen will finally get to open up Earl Lorden Field for the 2018 season. Ace Justin Lasko is projected to get the first start, with first pitch scheduled for 3 p.m.

“It just makes a difference travel-wise,” Lasko said. “Going to bed earlier Thursday nights, not having to worry about anything during the day, and just getting here early and feeling comfortable at home.”

Lasko started last year’s home opener against Virginia Commonwealth University and took the loss. This year, with UMass off to its best start in years, he says there’s a different atmosphere going into this year’s opener.

“There’s a whole lot of life in the team,” Lasko said. “Everyone’s happy, ready to be there [and] go out to play. We go out there and there’s just a different aura around the team. We’re all confident, we’re all looking out there like we’re going to win.”

The Minutemen have exceeded expectations so far, ending a 14-game stretch away from Amherst two games over .500. UMass has some momentum entering the weekend series after holding on for an 8-7 win against Albany on Tuesday.

“Getting a feeling in the program that we can win and win consistently is a good thing,” coach Matt Reynolds said. “Obviously the Atlantic 10 games are more important in terms of our playoff appearance or not, but every game is important to us, because playing well or not playing well, they’re both contagious.”

Against Albany, UMass built up an 8-2 lead before Albany stormed back. Closer Carter Knapek put the tying run on first base in the bottom of the ninth but managed to get out of the inning for the save.

Getting to the closer has been more of a problem, however. The UMass bullpen gave up four runs before Knapek came in. Last Friday against Richmond, after Lasko left with a two-run deficit, four relievers combined to give up 11 runs, burying UMass for good.

Reynolds said that middle relief is one of the primary concerns for the Minutemen going forward.

“We’re going to keep chipping away at it,” Reynolds said. “With only fourteen arms, we really do need everyone to contribute. There can’t be any guys on the pitching staff that are going to be throwaways or lost causes. They all need to be working hard because they’re going to have to help us at some point.”

The strong start for UMass baseball has been encouraging, but six of their wins so far have been by two or fewer runs. The lone conference win for UMass so far was a one-run victory over Richmond where the Spiders hit 0-11 with runners in scoring position.

“I’m not taking any credit away from our guys, because they gutted out those wins and they deserve them,” Reynolds said, “but with a bounce here or a bounce there going the other way, or a call or whatever, obviously the record could be very different without us playing very different.”

Still, Lasko said that he was pleased with how UMass has played so far.

“We’ve got guys swinging the bats, guys making plays in the field,” Lasko said. “Everyone’s starting to gel together. So that helps me feel comfortable out there, just go out and play my game and know that they’ll have my back.”