How should we study racism?

The censorship of racism is counterproductive to understanding it 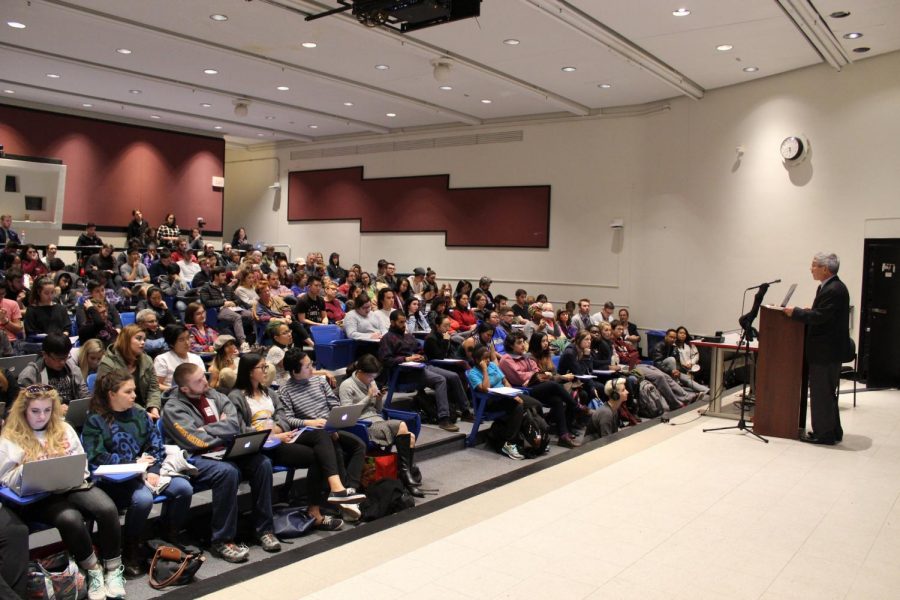 There are a variety of ideas regarding how race should be studied in academic contexts. Two approaches in particular are rather extreme and while they occupy opposite ends of the ideological spectrum, they both impede meaningful discussions about race and racism.

The first of these perspectives is one that dismisses the significance of race and racism. It is espoused by Canadian professor Jordan Peterson, who argues that race is no more significant than other social, cultural, physical and psychological traits, and that white privilege is a meaningless concept. While countless people agree with this perspective, it is misguided.  Peterson is correct in stating that there are other traits that are significant (and that some of these traits have more monumental effects on individuals’ lives than others), but equating these traits with race does not make sense. The personality trait conscientiousness predicts success, yet no society has ever enslaved individuals for lacking conscientiousness. Yet, throughout history, individuals have been denied fundamental human rights because of race, and it is blatantly ignorant to dismiss the contemporary repercussions of this. Race and racism are important concepts that need to be acknowledge and studied. Denial of this fact is a denial of history.

The opposite approach involves the censorship (or virtual censorship) of material that is deemed “racist.” This approach is represented by a recent event at Reed College, where students protested the use of a Steve Martin skit about Egyptian pharaoh King Tut in a Humanities 110 course. While the skit satirizes the commercialization of Egyptian culture, members of an anti-racism Reed College organization claimed that the Egyptian garb of the performers was racist and that it was the equivalent to an exhibition of blackface. They opposed the clip’s inclusion in the course.

This approach to studying race is also flawed, but not because its acknowledgement of racism is unwarranted. I do not know whether the Martin skit in question should or should not be considered racist, but either way, it should not be excluded from the curriculum. Instead, it should be studied. The same holds true for other films, movies and songs that encompass ideas about race and culture. If the goal of studying race is to understand the different manifestations of racism throughout history and in the world today, merely classifying works as “racist” and censoring them does nothing to further this aim. In fact, it is counterproductive. It allows individual to categorize complex depictions in overly simple ways, and it allows them to feel confident in doing this. This is not conducive to actual social progress.

The films of actor Lincoln Perry are perfect examples of the complexity that this type of categorization downplays. Lincoln Perry, known as Stepin Fetchit, was Hollywood’s first Black film star. He played a “befuddled, mumbling, shiftless fool,” classified by the Jim Crow Museum of Racist Memorabilia as the “prototypical coon” caricature. At the same time, Stepin Fetchit had an enormous impact on racial progress, a fact which he often mentioned. He claimed (justifiably) that the careers of Black actors like Sidney Poitier would not have been possible without him. He also argued that, in his films, he was “defying the unwritten law that a Negro had no civil rights” and “doing it in a way that wouldn’t hurt anybody.” In addition, he refused to act in scenes where he was depicted as a rapist, and claimed that he “wiped away the image of rape from the Negro.”

To simply call Fetchit’s works relics of the past or reflections of a system of white supremacy is insufficient. His films are both of these things, but they are also much more. His work is both progressive and racist, and it is only through studying it that we can come to understand this. A similar principle holds true for other works containing offensive or insensitive depictions of minority groups. Certain works are reflections of a system of white supremacy, yet labelling them as racist and protesting their very existence does nothing to help dismantle this system. The protested Martin skit mocks various aspects of Egyptian culture yet, at the same time, critiques the exploitation of Egyptian culture. Does that make it progressive or insensitive? Or maybe both?

Both the “Reed College camp” and the “Jordan Peterson camp” fail to acknowledge that thoughtful analysis of racial issues is important. The “Reed College camp” confuses hypersensitivity with awareness, and the “Jordan Peterson camp” confuses denial with reason. While these two perspectives come from radically different places, they both result in the same thing: an inability to have meaningful discussions about race. It is immensely uncomfortable to acknowledge the films of a figure such as Fetchit or to discuss the realities of racism and racial tension in America today, yet it is vital that we do these things. As the American author James Baldwin once wrote, “a civilization is not destroyed by wicked people; it is not necessary that people be wicked but only that they be spineless.”