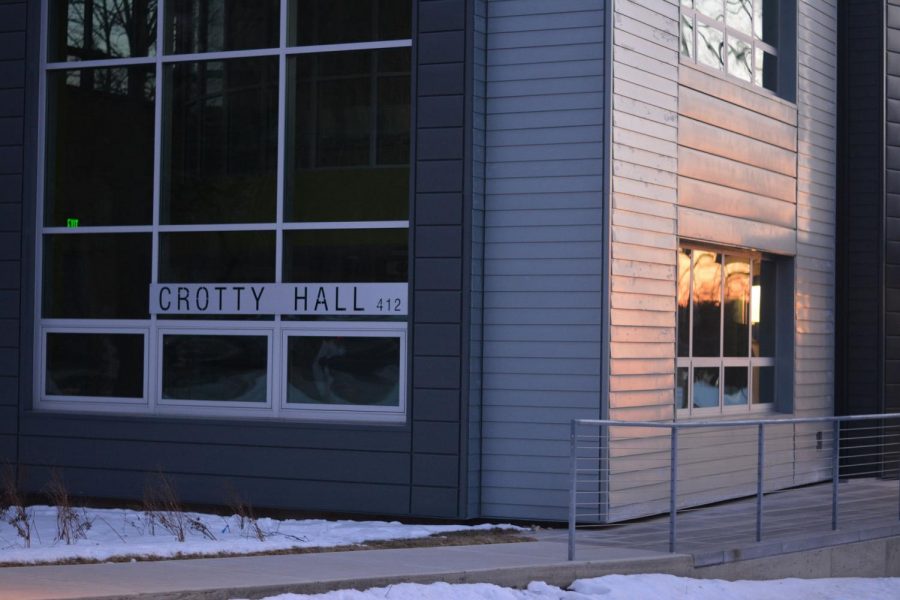 Economist Ariel Rubinstein spoke on Monday afternoon at Crotty Hall at the University of Massachusetts about his current research in a lecture titled “A Typology of Players: Between Instinctive and Contemplative.”

Rubinstein is a professor of economics at New York University and Tel Aviv University and a recipient of multiple economic theory awards. His talk focused on the classifying players in competitive situations based on the way they make decisions.

The event was sponsored by the Political Economy Research Institute and the UMass Economic Department’s Economic Theory Workshop, which sponsors economics lectures and events at UMass. The workshop is run by UMass economics professor Donald Katzner, who encouraged anyone with an interest in economics to get involved.

“It’s about economics, it’s directed toward economics faculty and students, but anyone is welcome to come in,” Katzner said.

Professor Rubinstein is highly regarded in his field; UMass professor of economics Robert Pollin praised Rubenstein for his innovation and originality.

“He’s rare in that he’s an extremely eminent person in his profession…He’s critical and comes out with very original approaches,” Pollin said.

Rubinstein is most famous for his work on game theory, which is a mathematical theory that seeks to explain how people act when involved in a competitive situation. Although he has spent decades studying and teaching about it, he joked on how game theory is just that, a theory.

“When I was teaching game theory, my goal in life was to convince students that game theory is useless,” Rubinstein said. “It is very interesting, but it is not something you should take into the field.”

This particular lecture focused on the typology, or characterization, of players within a competitive game. Rubinstein argues that people tend to make decisions in one of two ways: instinctually or contemplatively, or somewhere in between the two. Rubinstein has two goals in his research: to justify this spectrum and to determine if individual players tend to use one more often than the other.

Rubinstein used data from thousands of students across the world using an online platform for economics games. In these games, students are presented scenarios and must act without knowledge of their competitor’s actions. Students who took longer to answer were considered to have been more contemplative, whereas students who answered more quickly were considered to have given an instinctual response.

In eight out of 10 scenarios, the longer response times agreed with Rubinstein’s own predictions about which answers would require more thought to arrive at. This is his justification for his first goal and assertion, that the two manners of arriving at decisions are distinct and related.

He could not draw a strong conclusion about his second goal. His findings, as he puts it, are not a conclusion but a “modest conjecture.” Rubinstein said that a player “being more contemplative in a series of independent games makes it somewhat more likely [for that player] to make a contemplative choice in the next game.”

Rubinstein has faced some criticism for certain parts of his theory. Professor Léonce Ndikumana, chair of the economics department at UMass, was in attendance and responded by saying, “My own take is that it is very difficult to box real people into these types of typologies. I have the impression that people will behave as instinctive in a particular setting or contemplative in a different setting.”

Other critics have spoken about the un-scientific nature of his labels and their application solely based on reaction time; however, Rubinstein brushed these criticisms off. He talked about how he avoids the scientific restraints and welcomes conjecture and intuition, saying, “I don’t treat economics as a science, nevertheless some people do.”

The Economic Theory Workshop’s next event will be Itai Sher of UMass Amherst delivering a lecture, titled “Freedom and Voting Power,” on April 23.

Owen Bailey can be reached at [email protected]